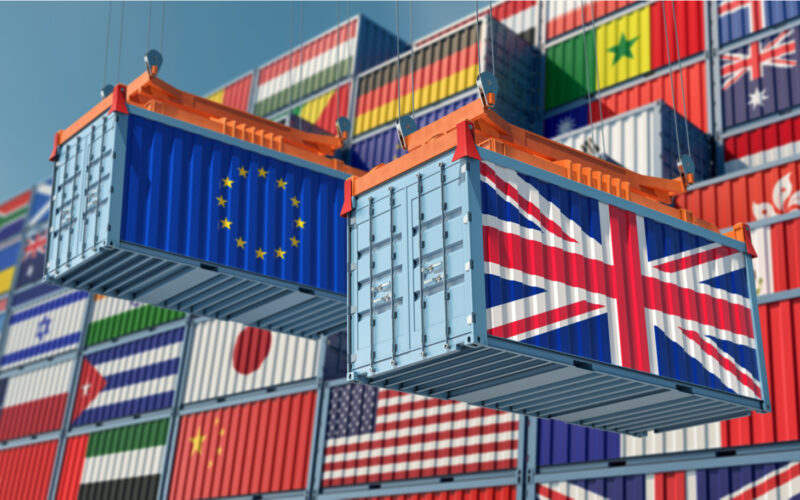 In late February we took a look at just how bad things were going for Project Fear. And predicted that Covid-19 would dish out their final humiliation, with record economic growth to devastate Britain in the aftermath of that terrible mistake we made by voting for Brexit and leaving the EU…

It was partially tongue in cheek, of course. The record economic growth forecast is largely driven by a recovery from Covid, not a Brexit burst.

But what if I was wrong? What if we really do see a Brexit Breakout? What if Britain really does boom thanks to Brexit? Even more than ardent Brexiteers expected.

My own view about Brexit has been that it’ll take decades for us to discover whether it was good or bad. Economically speaking I mean – democracy and sovereignty are important arguments too, but not our key focus here.

Brexit gives us the power to govern ourselves again and diverge from the EU. But how much we actually do diverge, and in which direction, is not decided by leaving the EU. It is decided by us in coming years.

I think the UK will make different choices to the EU. And probably better ones. Hence my support for Brexit. But the differences are marginal and will only matter over long periods of time. At least, that’s what I had expected.

But what if I’m wrong about all this incremental stuff? What if Brexit matters far more to our prosperity over the next five years than I realise?

Evidence of a Brexit Breakaway is growing

I’ve begun to notice a divergence of Britain. We seem to be breaking away from our peers. Let’s start with the obvious piece of evidence – vaccines and Covid-19.

Cases are rising in much of Europe. Italy is back in lockdown.

Meanwhile, Britain’s vaccines are surging ahead. And the Europeans are doing their damndest to fall further behind.

If Europe gets a fourth wave and Britain does not, our economies would diverge dramatically. This one sequence of events could, quite frankly, define both Brexit and Britain for a very long time. Rightly or wrongly, fairly or unfairly.

Then there’s interest rates. Going into the pandemic, the UK bucked the trend in Europe by having any interest at all. While the European Central Bank, Swiss central bank, Swedish central bank and others kept rates at zero or below, the Bank of England stayed positive.

And now UK interest rates are diverging again, but in a different way. Financial news site Bloomberg summed it up like this:

While the ECB reads higher yields as a threat to the euro zone’s already-delayed recovery, BOE Governor Andrew Bailey on Monday joined his colleagues in viewing it as a sign of optimism that the economy is about to rebound from its worst recession in three centuries.

The same news, but with opposing conclusions? Rising rates bad for the eurozone and good for the UK? How can that be?

Well, interest rates can rise for differing reasons and they can have differing effects when they do rise.

Overindebted governments, companies and people can experience financial difficulty when interest rates rise. And interest rates can rise as lenders get cold feet, withdrawing their support.

Or rates can rise because of optimism about the economy, when investors and lenders require better returns for their money because riskier investments are performing well.

If Europe is in for an interest rate-driven debt crisis, while the UK begins to grow and provide better interest rate returns to investors, this would be an extraordinary divergence.

Of course, eventually a European crisis becomes a UK one thanks to our ties. But that would only add to the Brexit narrative by justifying even more the attempt to distance ourselves as much as possible. For example, escaping the EU’s own bonds under its new budget could prove incredibly valuable, as discussed yesterday.

The UK’s higher rates are also attracting more and more investors. Ironically, some of the ones who were very harsh about the referendum result. The Financial Times reports “Japanese investors buy UK government bonds at record rate in early 2021”. Another record, despite Brexit. Why? “Reduction in risk from Brexit and negative rates have boosted appeal of British debt”. They no longer fear the pound falling as much.

On GDP itself, Bloomberg added more:

Britain’s outlook is diverging from the rest of Europe’s. A slow pace of vaccinations has held back the euro zone’s economy and threatened to extend lockdowns. Output is expected to contract again this quarter and not return to its pre-pandemic size until well into next year.

By contrast, the U.K. has enjoyed a string of good news on the economic front. While output is set to contract in the first quarter, the BOE expects a rapid rebound to pre-Covid levels over the rest of 2021.

On the one hand, it will be disappointing if Covid overshadows what would’ve been good economic results after Brexit. On the other hand, the vaccine stoush demonstrates why Brexit is a good idea rather nicely. Just don’t expect Project Fear to agree. The undecided middle might though.

As would global CEOs and firms, apparently. The consulting firm Accenture recently reported on the results of its regular survey, as reported on by Reuters:

The global poll of 12,000 manufacturers and services providers, conducted three times a year for consultants Accenture by data company IHS Markit, showed 68% of British firms expected activity to rise, while 11% saw a fall.

The net balance of +57% is the highest since June 2015 and up from +34% in October, and also tops readings for businesses in the United States, Japan and continental Europe.

The accounting firm PwC chimed in with this:

Britain is a more attractive investment proposition for multinational companies than it was before Brexit, a survey of 5,000 global business leaders has found.

The UK has overtaken India as the world’s fourth most promising growth opportunity, according to PwC’s annual CEO Survey.

Now none of this optimism is in the bag. In fact, I’m very worried about a fourth wave in the UK and what this would do to the outlook. The virus has done an excellent job of humiliating all politicians so far, so it’d be naïve to assume there isn’t another twist left.

But financial pundits love to talk about something called “upside risk”. It sounds like an oxymoron – how can risk have upside? The idea is that we get surprisingly good news.

As the last few weeks have shown, surprisingly good news is bad for investors who hold investments that benefit from bad news, such as government bonds. And so there is risk from upside surprises for investors.

It’s also important to keep in mind that I’m focusing on relative terms. Our news is a lot better than the EU and eurozone’s. Investing is a game of alternatives. Where should you put your money to work?

I’m not predicting a Breakaway Brexit Boom just yet. But I am saying it’s looking surprisingly likely. A surprise we need to keep in mind.

If only we weren’t facing an absolute meltdown in Europe… 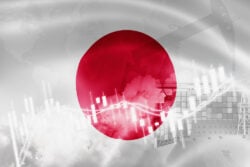