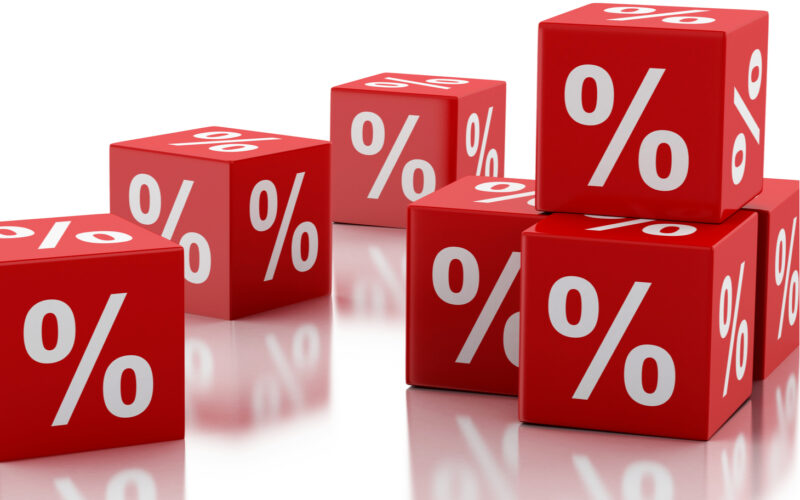 We live in a world of interest rate “communists”. Governments, not the free market, set our interest rates. It’s one of the last vestiges of outright central planning. But nobody questions it. Despite our opposition to other forms of government intervention in our economy.

Do you believe in price controls? The idea that the government should set the price of goods and services?

We did actually try it, here in the UK. And it was a bit of a shemozzle. A big one, actually.

The only thing worse than letting the free market forces of supply and demand set prices is letting the government do it. That’s because, they might be able to set the price, but this just creates bigger problems elsewhere.

There is, after all, a reason why the price is too high or too low for our liking in the first place. Addressing the symptom is very different from curing the disease which causes it.

A high price is a signal that more needs to be produced to meet demand. And the same high price is of course the incentive to produce more as well. Hence, as commodity traders on Wall Street like to say, “The cure for higher prices is higher prices”. Because it encourages the production that brings prices back down.

A strangely low price likewise discourages production, resolving the excess surplus which caused the low price. But let’s stick with high prices and shortages for today. Otherwise, I’ll have to explain everything twice.

If the government, in its infinite wisdom, decides the price of some good is too high and it butts in with artificially set lower prices, you get continued shortages. The right amount isn’t produced. The problem which caused the higher prices in the first place (a lack of production) persists. Because more production isn’t incentivised. The price doesn’t warrant it.

Once this is exposed under government price controls, the government has two choices. Either the government takes over the industry, or it issues rationing. Under rationing, politics decides who gets the limited goods and services. And that’s when people wish they’d never asked a politician to mess with prices.

The odd thing is that, despite most people either understanding all this, or at least believing it, they don’t apply the same logic to interest rates. For some reason, we all accept the idea that governments should control interest rates. We’re a bit like North Koreans in that sense. Interest rate “communists”.

Of course, the government abdicates the responsibility to their friends at central banks these days. But the effect is the same. Interest rates are set by the Bank of England instead of supply and demand. It isn’t a free market. It’s central planning.

The consequence is of course the same as any other price control. You get the same problems. Shortages and surpluses, rationing and dumping. The good in question is, of course, debt. Because the interest rate is the price of debt.

The booms and busts of Goodhart’s Law

Ever wonder why we have housing bubbles?

Well, what is one of the assets most impacted by interest rates?

And so, if you were to argue that government fiddling with interest rates will only cause trouble, what sort of trouble might you be inclined to expect?

And what sort of trouble have we had over the last 20 years?

Housing bubbles in the US and parts of Europe, of course!

None of this should surprise you, in other words.

But how does it work? First you get a surplus of debt as central bankers keep interest rates artificially low to spur on the economy. House prices are bid up because they are most impacted by this cheap debt.

But eventually the economy overdoses on all this debt. And so higher interest rates are needed. Those higher rates pop the housing bubble.

Central bankers are mystified by this basic cycle. Despite being the ones who cause it… How do they delude themselves? They claim that they only focus on inflation in consumer prices, so housing bubbles are not their problem.

Goodhart’s Law is that, “When a measure becomes a target, it ceases to be a good measure”. This explains what I’m trying to get across. Central bankers target inflation. The problem is that the definition of inflation is a little flexible.

But let’s move on to Hubble’s Law, which is derived from Goodhart’s, but more relevant to our discussion today: “When a signal becomes a tool, someone will end up looking like a fool.”

You see, interest rates (and all prices for that matter) are important signals. They guide economic activity. If you muck around with them, you cause chaos. If you treat them like a tool instead of a signal, you will end up looking like a fool. That’s Hubble’s Law.

In other words, when central bankers manipulate interest rates, they end up causing trouble. Just as central planners of the Price Commission caused trouble for the UK economy when they set prices too.

Maybe bankers are not to blame?

Usually, when governments attempt to fiddle about with the price of goods and services such as debt, it’s because they want things to be affordable. But, by meddling and forcing prices down, they can end up with shortages and rationing instead.

Debt is a little different because there is no inherent constraint on the amount of debt in an economy. Papers that say “IOU” can be produced in infinite amounts.

But when central bankers fiddle with interest rates, it does still cause debt booms and busts. How?

We mentioned house prices and housing bubbles already. But what’s the other part of the global economy that booms and busts? What other industry is dependent on interest rates?

Banks, of course. They are likewise exposed to interest rates, for obvious reasons. And low interest rates have badly undermined them for more than a decade now.

Now, let me ask you another question. If the government controlled the price of orange juice and the orange juice business went bust because of overproduction or underproduction, who would you blame for the failure?

No doubt the orange juice producers are partly to blame for not realising what the consequences of government intervention would be. Something I want you to walk away with today. So you don’t get caught out, as an investor.

Now I know it’s fun to hate bankers. But I come to praise Caesar, not to bury him. Considering that the Bank of England controls the interest rate, don’t you think the blame for banking’s booms and busts should lie with those price manipulators?

But what if we had an alternative to all this central planning of our debts? A financial system that isn’t based on lending, manipulation and the wisdom of government institutions?

Actually, we might be on the cusp of just that.