The Bank of England goes for woke 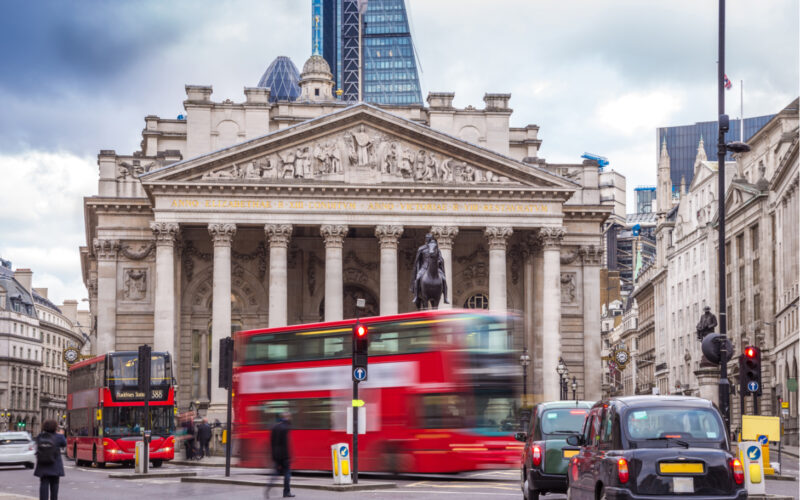 The inflation story we’ve been covering in Fortune & Freedom since May is now not just mainstream, but a mainstream panic.

In fact, inflation is now so bad that the Bank of England and the House of Lords got into a public spat about the central bank policy of quantitative easing (QE – creating money to buy government bonds).

In a report, the peers accused the Bank of England of being addicted to QE.

This is a bit like a mother accusing her son’s drug dealer of being addicted to meth. Sure, they’re on the right track, but have misunderstood something very basic about who’s doing what and why.

The Monetary Policy Committee doesn’t get a temporary high out of QE: the government does in the form of financed deficits at cheap rates.

Instead of being addicted, the Bank of England is taking on a lot of risk by helping to finance the government’s wild spending.

It’s Bank of England governor Andrew Bailey’s credibility which is on the line when it comes to any inflation outbreak.

But, rather than pointing all this out in response to the House of Lords’ critical report, Andrew Bailey did something very different… and something very much of our age.

Yes, the Bank of England governor has gone woke. And, as the saying goes, if you go woke, you go broke.

The good news is, if the Bank of England does go broke, it might not actually matter to anyone. At least, central bankers pretend not to care about whether they’re technically insolvent, as Jim Rickards explained when I interviewed him about it.

Years ago, he literally told an American central banker that the Federal Reserve was insolvent given the price of the bonds it held. Stay tuned for the response he got and more in future Fortune & Freedom podcasts.

Now it looks to me like the Reuters article’s URL suggests it was originally printed under a very different headline, but you be the judge: reuters.com/world/uk/bank-england-set-keep-stimulus-pumping-despite-inflation-rebound-2021-08-04.

If you think I’m being cynical, check out Yahoo Finance’s headline about the same announcements: “Bank of England sees inflation surging but keeps stimulus”.

Did you ever think you’d read those words? Most newsreaders would presume that there had been a mistake on the teleprompter.

And do you see how the same facts can be twisted? On the one hand you have “Bank of England sets out plans to wean UK economy off stimulus” and on the other you have they’re still printing money like mad and holding interest rates at 0.1% despite inflation surging above their mandate! Or something like that.

But why even mention the plans of weaning? What’s the Bank of England worried about? Isn’t the inflation just temporary, as it’s assured us in the past?

Well, the Bank of England has finally caught up with its recently retired chief economist and announced in June that it expected inflation to rise to 4%. That’d be a ten-year high. And double the 2% target.

Brian Hilliard, an economist at Société Générale, summed up the situation facing the Bank of England in a Yahoo Finance article quote: “Compared to the previous (May) forecasts, the latest readings on inflation are much higher, GDP is a bit higher and unemployment has, yet again, fallen rather than risen. This has to make the MPC [Monetary Policy Committee] less relaxed about its majority view that the inflation surge is transitory.”

Yes, an inflation “surge” that’s not so “transitory”.

According to the Yahoo Finance article, members of the MPC are indeed getting as worried as Hilliard suggests: “Now, some members of the MPC worry the stimulus is in danger of overheating the economy and short-circuiting the UK’s economic recovery.”

So the drug dealer is increasingly worried that their addict is going to overdose. And is threatening to tighten supply (less QE) or raise prices (interest rates). (Apologies to all you addicts out there.)

Now I’m sure many of you are scoffing at the idea of 4% inflation being anything to worry about. But don’t forget that interest rates are at 0.1%, the Bank of England is expected to buy another £50 billion of government bonds under QE this year and the yield of 10-year UK government bonds is just over half a per cent.

This is a very odd combination, as anyone with a savings account can attest to.

So, with its inflation mandate of 2% barely visible in the rear-view mirror, the Bank of England is still on the accelerator of QE and interest rates.

It is considering braking at some point in the future, having long since crashed through its barrier.

But don’t worry, on average over the last few years, it has been still very much in the middle of the road…

Meanwhile, the idea that inflation would be “transitory” became “temporary” and has now shifted to “a more pronounced period of above-target inflation”.

What’s next? I’m not sure, but can you spot the trend?

Over in the United States, the Federal Reserve recently admitted “the possibility that inflation could turn out to be higher and more persistent than we expect,” which is hilarious given that it’s already running at 5.4%.

Historically speaking, with inflation that high, it took interest rates between 8% and 15% to keep inflation from getting out of control, or to bring out-of-control inflation back under control.

Still, for now the economy is doing well and stagflation seems less likely than an overheating economy. So perhaps the central bankers can just rein in the boom after all.

But not so fast. Here’s the problem with that.

Do you think the economy could handle interest rates that match inflation, let alone the levels needed to get inflation under control from these levels in the past?

Even moderately tighter monetary policy, if implemented, and I really mean if, could crash the economy into recession.

That’s why central bankers are of course behind the curve, as we called it in this podcast with John Butler. If you enjoy it, don’t forget to subscribe via your favourite podcast provider as we’re releasing exclusive content available on podcasts only.