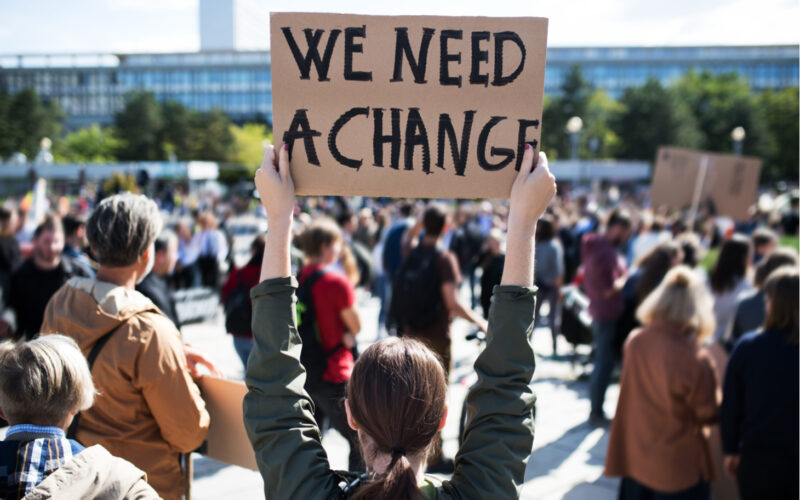 The green energy focus continues in full flight in today’s Fortune & Freedom. Just like quantitative easing (QE) and the inflation it will cause, our focus on the green machine is, of course, only transitory.

Although, those inflation statistics just keep rolling in around the world…

And what round of QE are we on at this point…?

So, perhaps the climate change story will prove more like long Covid. Or the threats and opportunities the green movement creates might only grow over time.

That’s what my friends James Allen and Kit Winder think. Well, they agree that the green machine will keep rolling for many years to come, anyway. And they positioned viewers of their two Beyond Oil Summits of the past to profit handsomely from this.

Like central bankers with QE, James and Kit are always ready to come back with more. Depending on when you read this, today is your final chance to register for the free Beyond Oil 3 Summit and still catch all of the presentations and interviews on offer. Any later and you could miss the opening salvo.

As we made clear last week, those sceptics amongst you who think you can ignore or evade the green boom will not only be proven wrong, but will also miss out on the profits on offer as the world catches the green virus.

But nobody seems to have caught it quite like one particular group of officials.

“Central banks, the most powerful financial institutions in the world, want to become the guardians of the environment as well,” sums up the Wall Street Journal.

Well, thank God for that then… We’re saved and climate change is solved!

Actually, the central bankers have been rather cautious of late, because the backlash to their newfound mandate has already started.

Over at the European Central Bank (ECB), President Christine Lagarde was very careful with her words in a recent meeting. She emphasised that the focus on climate change was because of climate change’s effects on inflation – the real mandate of the ECB.

We would be failing on our mandate if we did not account for climate change when it comes to understanding and measuring inflation. If we do not see that climate change could impair monetary policy transmission.

My hope is very much that we will have a broad consensus on the part of all members of the Governing Council that climate change has to be taken into account, has to be factored in throughout the whole range of our activities.

There you go, climate change is already having an impact on inflation and deflation. And so central bankers are adjusting their monetary policy and regulatory policy for this.

I’ll untangle what exactly Lagarde meant in a moment. Especially on “monetary policy transmission”. First, though, here is some more comments from other senior central bankers.

The US Federal Reserve Chair Jerome Powell has been even more reserved than Lagarde, with comments including:

“We are not, and we do not seek to be, climate policy makers as such,” and “in the United States, our society’s overall response to climate change will have to come from elected officials,” and “today climate change is not something we consider when setting monetary policy. We are exploring what climate change’s implications are for our supervisory, regulatory and financial stability regulatory facilities.”

These two central bankers – arguably the most important in the world – are being very careful to make it clear that they won’t overstep the mark. Climate change only matters to the extent that it affects their existing mandates of keeping the inflation low and the financial system stable.

Meanwhile, former Bank of England Governor Mark Carney is now the UN Special Envoy on Climate Action and Finance, as well as a climate change adviser to Boris Johnson…

He is, of course, also an acclaimed and experienced climate change scientist who…

But surely he must have had some sort of climate change-related credentials to be chosen as UN Special Envoy on Climate Action and Finance, and adviser to Boris Johnson on climate change?

Perhaps central bankers are just capable of doing anything these days? Or, having been able to conjure money out of nothing, perhaps Carney feels capable of anything.

Anything in this context could include, as the Bank of England put it, “mobilizing ambitious action from across the financial system needed to help achieve the 1.5°C goal of the Paris Agreement.”

But I suppose Carney isn’t a central banker any more. So, let’s focus on what Lagarde and Powell said instead. Because they’re still wielding power over the digital printing presses.

Climate change and inflation are linked?

So much for inflation being always and everywhere a monetary phenomenon…

What’s the literature on climate change and inflation? Well, it’s not much more than a series of suppositions, as far as I can tell.

According to a June 2020 report from the Network for Greening the Financial System (NGFS), a group of central banks concerned about climate change, “There is little empirical evidence on how the effects of climate change will influence inflation expectations formation.” In other words, we don’t know what climate change’s effects on inflation will be.

In July 2020, economists at the Bank of England made a Freudian slip where I added emphasis: “Climate change and policies to mitigate it could affect a central bank’s ability to meet its monetary stability objectives.”

And more from the NGFS: “A late and abrupt transition to a low-carbon economy could lead to a sudden repricing of climate-related risks and stranded assets, which could negatively impact the balance sheets of financial institutions.”

But the general idea is obvious. Climate change leads to bad weather and this affects the supply of goods, which can make prices rise – which means inflation.

Higher interest rates because of climate change and attempts to combat climate change? That doesn’t sound good for the record levels of debt in our economy…

Is that why central bankers have dialled back their rhetoric on climate change of late?

Are they preparing to deal with the inflation instead of saving the world from warming?

Obviously, if the world ends because of climate change, this may impact inflation statistics. And it may make QE an ineffective way of keeping asset prices up during the end of the world too. Therefore, climate change is an important consideration for central banks.

Alternatively, to the extent that climate change interferes with central bankers’ ability to implement monetary policy, what they call “the monetary policy transmission mechanism”, it becomes a concern for central banks that way too.

My problem with all this is simple. Central bankers may have an infinitely large hammer, but it’s still only a hammer. The climate change story, whatever it is, is not a nail. And yet, it is being treated like one by central banks.

Nigel Farage has opined about Modern Monetary Theory a few times in Fortune & Freedom. Now that politicians have realised there really is a magic money tree in the form of a virtual printing press and a central bank willing to use it, no good cause need go unfunded.

And that’s the problem, isn’t it? There are a lot of good causes for the government to “fix”. Top of the list is everyone’s favourite – climate change.

But it’s not the only one. And I think we can learn from the other stories to see what’ll happen with climate change too. The lesson is a simple one. Whenever central bankers talk about constraints, there aren’t any.

How the euro lives

I’ve asked regular contributor John Butler to answer that question at length in Fortune & Freedom next week. But the short answer is exactly the same as the one given above on climate change.

You see, a European sovereign debt crisis has a huge impact on inflation in the eurozone and on the ability of central banks to implement monetary policy. (Just like climate change, supposedly.)

Because of this impact, preventing such a crisis is part of central banks’ mandates. And hence, they can create a load of money to prevent one.

The side effects are the interesting bit. By creating money and buying government bonds to prevent a sovereign debt meltdown, central bankers in Europe are conveniently financing European governments. And they are thereby breaking the rules to avoid funding governments directly.

They claim it’s not about funding the government, but about their inflation mandate and ability to implement policy. Which is true, because, in a financial crisis, it’s hard to manage inflation or implement central bank policy.

But this is a bit dodgy because, the only time the “no funding governments” clause comes active is when governments need funding in the first place. And that’s also when the entire financial system is threatened by a sovereign debt crisis.

If you’re chuckling at those silly Europeans, I’d be careful. After France’s Mississippi Bubble came the UK’s South Sea Bubble – both attempts to use dodgy financial engineering to create a speculative bubble in order to reduce sovereign debt. But we’ll leave that for another day.

My key point is this: if all that is required to bring the Magic Money Tree into action is a spurious link between a problem and inflation or the “monetary policy transmission mechanism”, then just about any problem makes the cut. Including climate change.

Why stop at climate change?

Of course, in the past, when central banks have made an effort to get involved, it created enormous asset price bubbles. The boom comes before the bust when money printing gets involved.

That’s why I think you should sign up to Beyond Oil 3 now. To get in on the almighty green bubble’s boom. Central bankers have given you all the signals you need.