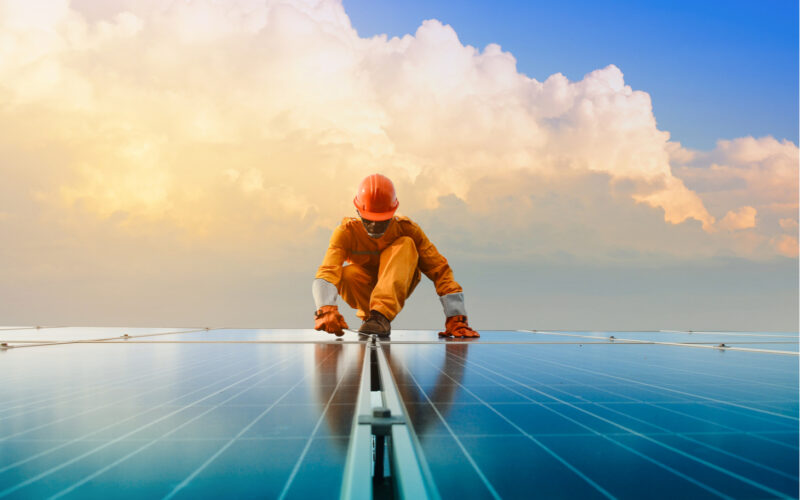 Whenever governments try to direct credit into a part of the economy, it usually ends in disaster. While the obvious example is the US housing bubble, its Japan’s infamous “Window Guidance” that offers the best insight.

This matters because I believe we’re about to repeat all the same mistakes with the Green Bubble.

Window Guidance is the name given to the semi-official Bank of Japan (BoJ) policy whereby the central bank directed banks to make loans to certain parts of the economy.

Creditworthiness, the ability to repay or the usual capitalist constraints, didn’t matter – the BoJ’s quotas did.

During wartime, it’s obvious why governments and central banks want to direct economic activity. No free-market economy would prioritise blowing up your trading partners over producing toothpaste for them.

But Japan managed to continue the Window Guidance style of economic management long after the war.

Unlike in the West, where central banks manage overall economic activity, the BoJ got involved in which parts of the economy got how much lending – and thereby which parts boomed and which didn’t.

Window Guidance was of course voluntary – in the same way that many things are voluntary in Japan, but you still have to do them.

Originally, the Window Guidance was used to command and control the economy, and to keep it on a level base.

Unlike its counterparts in Europe or North America, the BoJ was an instrument of the government’s industrial policy.

But as the Japanese bubble economy got going in the 1980s, the BoJ began to use Window Guidance to pressure banks to lend to keep the bubble fully inflated.

One banker recalls that the BoJ would occasionally request more loans than the banks wanted to make – an extraordinary concept in a capitalist economy.

Another recalls that, when Window Guidance ended, bankers simply didn’t know how to lend anymore.

They didn’t know how to analyse risk and return, because the BoJ had simply decided for them where the loans should go under Window Guidance policies.

I see this as an attempt to generate an economic boom in Japan.

But, according to the economist Richard Werner, an expert in the area, it was a deliberate attempt to trigger a crisis in Japan.

The idea was that Japan needed economic reform to become more like the United States.

However, this could only happen in the context of a crisis.

And so the bubble was inflated by the BoJ, using Window Guidance, to create that crisis.

The film and book Princes of the Yen, in my opinion, is the best source on Japan and its Window Guidance directed bubble and bust.

If Richard Werner, the author of the book, is correct, it’s ironic that the BoJ’s crisis creation policy is also a favoured tool of climate change-motivated economic management today.

Over in the United States, the central bankers and politicians forgot that a crisis follows a bubble when they began to channel irrationally large quantities of money to housing in the years prior to 2008.

The US form of Window Guidance was a little more political than in Japan, too.

But the idea was similar.

Politicians made laws and established semi-government entities like Fannie Mae and Freddie Mac to try and support home ownership by making debt available to low-income households.

The central bankers at the Federal Reserve obliged by keeping interest rates low to keep that debt affordable.

And so money flooded the sector, creating a bubble.

The bust, as they say, is now history. But it’s another example of how directing credit into politically important sections of the economy causes a bubble and a bust.

Today we’re making all the same mistakes by trying to engineer a Green Bubble with Green Window Guidance.

Central bankers are making climate change a key part of their raison d’être.

The European Central Bank explicitly does this thanks to the recent review of its mandate.

This is very close to the idea of Window Guidance.

The Financial Times reports that the financial industry has summarised it thus:

The idea that central bankers should worry about climate change instead of inflation and the banking system is absurd.

But that won’t stop them.

And it won’t stop the financial industry from profiting – at least for a while.

It leads to bubbles in parts of the economy that get more credit than they otherwise would.

In the United States, it was housing.

In Japan it was banking and export industries.

The principles are the same.

The underlying concept is that a free-market economy evolves and allocates capital in the most efficient way possible.

That is to say: not perfectly, but better than any other possible mechanism.

And any mistakes are not systemic, because there is no system wide influence like the government or central bank making credit allocation decisions.

If governments or central banks get involved in the allocation of credit, this can shift the economy away from that efficient allocation.

And the very likely result of the shift is the bubble.

When a bubble bursts, the economy isn’t in crisis: it’s healing.

It’s reallocating the capital back to where it should’ve been in the first place without government planning and misallocation.

Of course, this is never allowed to actually happen. Central banks and governments prevent the healing with even more policies and even more misallocations.

That’s why economies struggle to recover, with growth in Japan, Europe and the US slow compared to historical recoveries after the bursting of bubbles.

The wealth that can be created during a Window Guidance-influenced bubble is of course vast.

The stories about Japan are even more extreme than the riches created during the sub-prime bubble.

But the damage of the inevitable bust shouldn’t be overlooked during the boom.

Japan is still deeply scarred from the end of the bubble, despite it bursting about 30 years ago.

And countless Australian school children wasted a good chunk of their lives learning a language they never got to use because Japanese tourism and investment dried up.

These days, Australian children are learning all about climate change.

I wonder if history will repeat and, by the time they grow up, the Window Guidance mistake will be exposed.