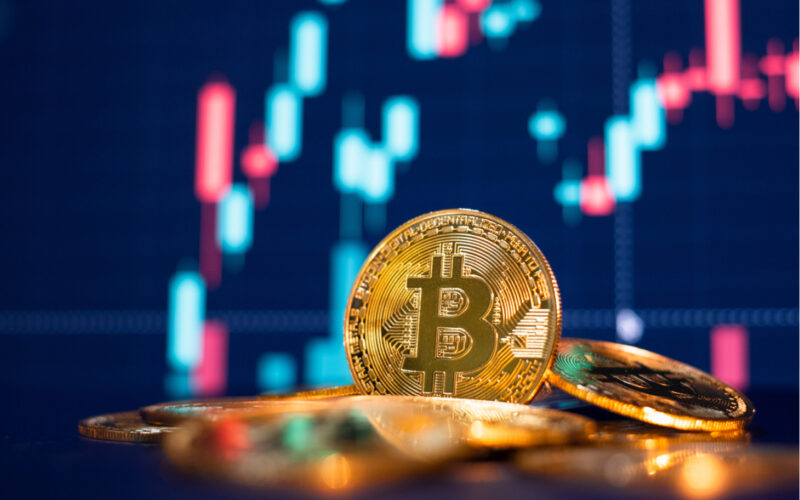 While doing your gardening, would you rather discover a stash of Japanese war gold, or a hard drive with bitcoin on it?

I do realise it’s an odd question, but bear with me…

I’ve been watching a documentary about life in Tokyo after the end of World War II. Please don’t tell my Japanese in-laws – I’m sure they wouldn’t appreciate it.

The content is more than a bit harrowing. Having a Japanese wife and baby really puts the misery and living conditions from back then into context. And I’m saying that as a German… My German grandma used to eat my apple cores, much to my dismay. That was a habit she learned from the post-war years.

The most interesting thing about the documentary is the lesson which Japanese people learned the hard way: don’t trust your government. That’s quite a lesson to learn when you think your emperor lives above the clouds…

But what makes the discovery about Japan’s post-war government stand out to me? Just about everything mentioned in the film.

The documentary vilifies the black market over and over again. But it also admits that people relied on the said black market just to survive. That is because the legal government-run economy was an absolute shambles.

Government workers were caught hoarding the goods they had banned for others. And so was the official government, despite denials.

Many of the goods were sold on the black market, with the profit going to the officials.

When people found out about one such government hoard, they raided it. They even raided the imperial palace’s kitchens and discovered all sorts of goodies.

The soldiers who came home from war discovered that nobody would hire them.

Japan’s leaders didn’t seem to change much from the pre-war years, partially thanks to the CIA.

To find food, they had to go to the countryside and buy directly from farmers, which they weren’t allowed to do. There’s an extraordinary scene in the documentary where people hang off the side of a train. They “risk their lives to go shopping”, the narrator says.

But this is the bit which really got me. Upon arrival in Tokyo with whatever food they could scrounge up from farmers in the countryside, they found baton-wielding police were waiting for them on the train platforms, ready to confiscate it.

If you got caught illegally buying food, your family starved.

Imagine that. Your government forces rationing on to you, doesn’t provide enough food, forces you to hang on to the side of the train for hours to get out to the countryside where the food is, and then confiscates your food when you get home.

I’m surprised there wasn’t a revolution…

Before we go on, a bit more about shortages, rationing, price controls and hoarding. It’s in the spirit of the German economic miracle, which I wrote to you about in your first week as a Fortune & Freedom subscriber.

Remember, the Germans were suffering under the same sort of government economic nonsense as the Japanese after World War II. Rationing and price controls caused shortages and hoarding.

But one Sunday, Ludwig Erhard hopped on the radio, and announced without any authority to do so that the price controls were lifted. Before he could get into trouble, the German economic miracle took hold.

Why do free markets work, even in the depths of despair? Well, it’s quite simple, really.

Artificially low prices are the very reason for the hoarding. And the reason for a lack of food too. Because people don’t sell or produce at low prices. So, suppressing prices causes the underlying problem. That’s why Ludwig Erhard ended the stupid policies.

High prices are the rationing which the economy needs, promoting substitutes and limiting consumption.

Of course, prices clear, even if the government doesn’t want them to. That’s the black market. In other words, the black market both feeds the people and allows production to recover.

But the more you impose price controls and rationing, the more expensive the goods on the black market get as the risk of violating the law gets priced in.

The mystery about the disaster of Tokyo’s post-war year is that it was so unexpected. The Allied occupation force initially estimated that a huge amount of food and resources were available to the Japanese economy. They assumed that there wouldn’t be mass starvation or other problems.

But about 70% of the goods disappeared shortly before the occupation force arrived. Most likely the goods went into the hands of those in charge of it and those guarding it – government officials.

And so the revised estimate…

Instead of two years of resources having been stored up, the occupation force figured out suddenly that 10 million would starve in the autumn and winter of 1945 alone!

That was something that American food shipments prevented.

But here’s why I’m telling you about all this…

Right at the beginning of the video, the topic of war gold came up. This is the stuff which was… requisitioned… from Japanese people to help pay for the wartime economy. It doesn’t include the famous Yamashita’s gold which was stolen from Southeast Asia and which also disappeared.

Anyway, one day international news reported that a huuuge gold haul had been discovered at the bottom of Tokyo Bay. The Japanese military had hidden it there for… safekeeping.

Which brings us back to our question.

The bitcoin and gold crowd love to slog it out over the question as to which is the better asset to own. Presumably that is because the similarities between the assets give the impression that investors face a choice between the two.

Bitcoin’s potential lies in its capacity for exchange. And yes, that very much is an intrinsic value.

Do you value the ability to transfer money? If, as I expect, you pay exorbitant fees to do so, so I suspect the answer is yes. Then bitcoin has intrinsic value.

Do you value the ability to transfer money outside the reach of governments, independent of banking systems? If not, you need to reread your history…

The point is, bitcoin has value because of the characteristics which make it useful. “Use case” they call it.

How valuable that is depends on the situation you’re in. Argentines and Chinese love bitcoin, for example. That is because the benefits are relevant to their financially constrained lives.

Gold is different. You wouldn’t dump your bitcoin hard drive into Tokyo Bay, after all.

Gold is a timeless store of wealth and an asset to preserve wealth. Historically, these benefits have made it a good form of money.

But it is not necessarily and always the right or perfect one.

That capability of gold to preserve wealth, even in times of extreme disorder, or precisely at that time, is independent of its use as money.

The gold found in Tokyo Bay wasn’t there because nobody wanted it. It was there to preserve wealth, where occupation forces wouldn’t find it.

Central banks don’t hold gold to remonetise it. They do it to preserve wealth.

Investors don’t own gold to remonetise it. They own it to preserve wealth.

Let’s ask that question one more time: would you rather dig up some Japanese war gold or some bitcoin in your garden?

Our frequent guest contributor Sam Volkering, who is no enemy of gold, has a rather extraordinary reason to answer with “bitcoin”. Find out what it is here.

The answer is that it depends on the future. Will wealth preservation, or the ability to skirt the government’s control of the economy matter more?

I think both will be leading trends for investors in coming years. In fact, I want our publisher Southbank Investment Research to hold a virtual conference about this topic. How to survive an age of financial repression with your wealth intact.

If you agree, let me know: [email protected].

But before you do, check out Sam Volkering’s case for bitcoin here.