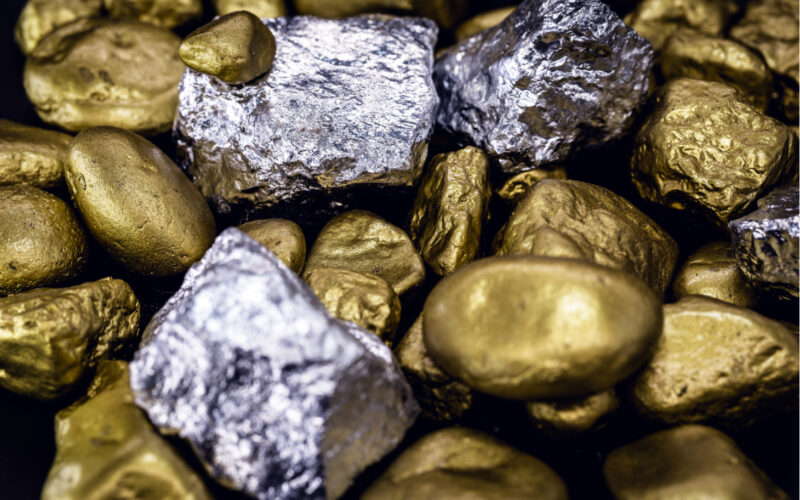 [Today’s letter is an excerpt from John Butler’s February 2022 issue of The Fleet Street Letter Monthly Alert, “Investing low on the value chain”.]

While the first casualty of war is the truth, financial assets are generally not far behind. The most destructive of all human endeavours, war creates a hostile environment for everyone, including investors. Wealth preservation, always important, becomes of paramount concern when hostilities commence.

While it might seem obvious that the best way to preserve wealth in wartime is simply to sell up and retreat into cash, or high-quality bonds, in practice it’s not so easy. Wars, especially in a world of unbacked, fiat currencies, are highly inflationary. Cash and bonds are thus guaranteed to lose value. Rather than preserving wealth, they consume it or, rather, transfer it to the governments prosecuting the wars.

What then is the defensive, inflation-aware, savvy investor to do?

To put it simply: rotate within the market rather than rotate out. Stay invested, but only low on the value chain. As with limbo dancing, get as low as you can go.

What do I mean by “low on the value chain”? Let’s start with commodities – that is, raw economic input. All industrial processes must begin with raw inputs, which need to be gathered, refined, chemically and/or physically transformed and otherwise processed. Some combination of industrial technology, energy, labour and capital – plant, property and equipment – is required to carry out the processes, however basic, which produce the output.

This is where valuation multiples are traditionally lower and intangibles of questionable value tend to account for only a small part of the overall asset base. Perhaps most important of all, this is the part of the economy that is least distorted by inflation, and where it’s easiest to pass price increases through to customers, protecting profit margins.

The output of the lowest value chain firms might itself be a low-level input, yet absolutely essential to other basic or more advanced industrial processes. Consider sulfuric acid. It has virtually zero household uses. (Indeed, you probably shouldn’t have any lying around, as it is dangerous, nasty stuff if handled inexpertly.) However, it is arguably the single most important industrial chemical when measured in terms of the overall amount of activity it facilitates including, critically, fertiliser production.

Much of the chemicals industry sits relatively low on the value chain. Recall the classic 1960s film The Graduate. There is a scene in which a young university graduate unsure what career to pursue is speaking with an older, successful businessman who recommends that he get into “plastics”. (Plastics are part of the petrochemicals industry.)

That older man had a point. Almost non-existent over a decade before, plastics were in the process of taking over the world in the 1960s. Today, of course, we take it for granted that practically all consumer goods and their packaging contain at least some plastics or synthetic fibres.

Incidentally, when my father graduated from university in the 1960s, he went to work for General Electric, in its silicone products subdivision. While not plastics, which are made from hydrocarbons, silicones nevertheless are chemicals industry products, with an astonishingly broad range of uses.

What all of the above have in common is that they are absolutely essential to economic life as we know it. Their manufacturing cost as a portion of the overall value chain into finished consumer goods might be tiny, but, without them, there is no further movement up the chain at all. What this means is that if inflation drives up the cost of sulfuric acid manufacture, or that of plastics or silicone products, those costs are going to be passed up the value chain, where they will eventually need to be absorbed by other firms, squeezing margins, or, alternatively, by consumers.

There is a term for those industries that sit along the very bottom of the myriad value-added chains which make up the capital stock of the global economy: foundational Industries. These can be grouped into agriculture, fishing, forestry, mining/excavating and, in the modern, industrialised world, the energy to power whatever processes are applied to all of the above. Without these foundational industries, there’s nothing to process at all; no value to add.

There may be little that is exciting about these industries to many. Indeed, given the trend in recent years towards “green” investing, basic industries have become something of an investment pariah. Investors with strict ESG – environmental, social and governance – guidelines might not even be allowed to invest much in the sector, if at all. But as these industries sit lowest on the value chain they all tend to have strong pricing power, and thus relatively stable margins. This makes them generally suitable as effective inflation hedges for the defensive investor.

While not viewed as a foundational industry per se, infrastructure, including basic transportation, sits more or less alongside them. There is little point to any of the foundational economic activities without the ability to move things around from place to place, or to store perishable products appropriately.

Imagine even a relatively simple economy trying to get by without decent roads, or grain storage facilities, or the ability to channel and move fresh water. Babylonians, Egyptians, Romans: one key reason why these empires were so vast and long-lived is that they understood the importance of good infrastructure.

As firms in markets with any meaningful competition face rising cost pressures, they seek not only to maintain profit margins but to maximise revenue. This means, in practice, that, as the pressure rises, the more cost-competitive firms will squeeze the margins of the less competitive. The overall portion of price increases that is absorbed rises accordingly. In some industries, there is such a high level of competition that firms will even be willing to operate at a loss from time to time if this is perceived to be a means to maintain or acquire greater market share.

The world of discretionary goods is also particularly fickle. The trends and fashions that continually compete for consumers’ discretionary incomes come and go. It is hard to know from one year to the next which product in which sector is going to be the “must-have”.

Today, the world of discretionary goods has a huge tech component, especially when viewed in valuation terms. Think Apple and Tesla, arguably two of the trendiest brands throughout the developed world, with enormous, highly subjective, intangible value. While most consumers no doubt need a smartphone or simple car, not one of them specifically needs an iPhone or Model X. Moreover, even existing Apple or Tesla customers might not be so keen to dip into their inflation-squeezed discretionary budget to upgrade frequently.

Given the rich valuations of both firms and of the tech sector more generally – the EV/EBITDA of the SPX sub-index remains in the 20s – I continue to recommend that investors underweight it or avoid it entirely. For those inclined to have at least some exposure to “Big Tech”, Microsoft and Google (or Alphabet) are probably the safer options as their growth is driven relatively less by consumer discretion and relatively more by the comparatively essential, almost utility-like nature of much of what they provide.

One of the most important actions to take heading into stagflation is to add precious metals to a portfolio of financial assets. Gold and silver might pay no interest, but, in real terms, cash and bond returns are outright negative. Yet precious metals also don’t potentially go bankrupt or default, and their prices tend to at least keep up with, if not necessarily outperform, inflation over time.

As their prices also generally move somewhat independently of both stocks and bonds, they increase the diversification benefits of a portfolio and stabilise returns. A simple exercise in passive portfolio analysis demonstrates this. Looking at the past few decades, adding 10-15% precious metals to a portfolio of stocks and bonds reduces the volatility without sacrificing anything in returns. Looking longer term, including the dreaded, stagflationary 1970s and early 80s, a material precious metals holding would deliver substantially more.

While both gold and silver can be owned outright for minimal storage costs or through an ETF tracker, there is also the option of investing in miners. As these share the pricing-power characteristics of basic industrials generally, they have defensive, essentially inflation-proof properties, and the valuation of the sector at present is not particularly high. (The SPX precious-metals sub-index has an EV/EBITDA ratio of under 10.)

However, it’s only the mature miners with proven resources that tick all of the defensive boxes. They may offer less potential upside than junior firms in the event of a large precious metals bull market, but such is the nature of the risk-return trade-off in precious metals miner investing.

Last year, precious metals’ performance was disappointing, given the context of rising inflation. I consider it possible that the ongoing crypto craze may have provided a headwind for a time. If so, that headwind now appears now to have dissipated as the crypto sector undergoes a correction. No doubt the conflict in Ukraine has also highlighted the safe-haven characteristics of the monetary metals.

Meanwhile, real interest rates remain deeply negative, an offsetting precious metals tailwind which could well be the prevailing one over the course of 2022. Moreover, the recent rise in energy prices implies higher input costs for miners. While that might be an issue in a sector without pricing power, precious metals miners can easily pass that on, occupying as they do a place low on the value chain.