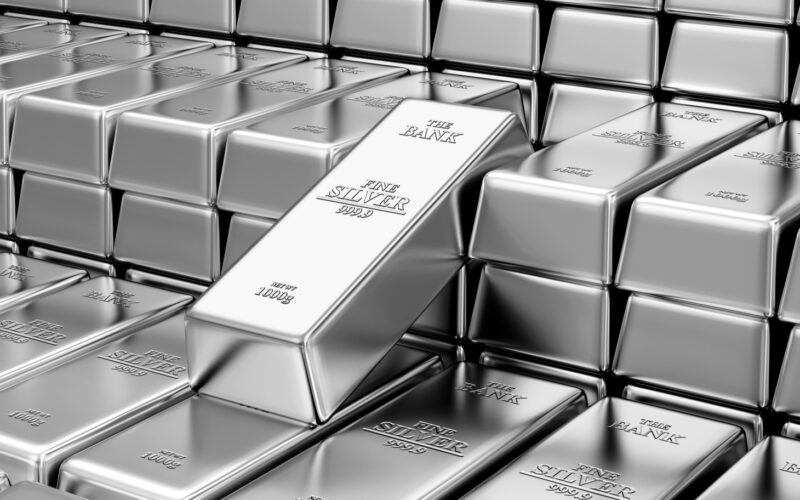 Silver fans, are you ready for today? Because I’m about to tell you about a bunch of stuff you might not want to hear.

After almost 14 years in the gold business, I have learnt one thing: gold investors are a passionate lot, but my goodness you don’t mess with silver supporters.

Fresh from Nick’s recent interview with Boaz, I thought we’d kick start my ‘commodity’ take over Fortune & Freedom with a subject I know many of you are passionate about.

In fact, I’d love to hear your thoughts after you’ve read today’s article. Drop me a note here with the word ‘Silver’ in the subject line.

But back to the subject at hand.

It wasn’t too long ago that I was interviewed by Boaz myself. At the time, I said silver was most definitely set for explosive gains in the next few years… and that it was slowly being revalued compared to gold as a monetary asset.

And, nope, I don’t mean I think the ‘other’ precious metal will be worth more.

In fact, I reckon the opposite applies.

That is, silver is in the process of finding a new ‘average’ that will see it worth less relative to gold.

Silver fans, I just know you’re sharpening those pitch forks. But hear me out…

Oh, I know the crowd I’m picking a fight with. I speak with them regularly, and I’ve had many a drink and good time with my silver-loving brethren.

They know me as a gold bug, but like that I am exposed to physical silver and speak their native tongue. And let me tell you something. Anyone with a silver-heavy portfolio will say the same thing. That silver is extremely undervalued.

In their view, the Hunt Brothers cornering the silver market in 1980 and the ‘obvious’ price manipulation since then only further underscore how undervalued silver is to gold.

Then, of course, there’s the suppression of the silver price by JP Morgan.

Though, legally, it’s not called that. The United States court called it ‘spoofing’, which is where traders from JP Morgan placed fake trades without executing them in order to nudge the precious metals price in a direction that suited the trader’s book.

This lawsuit was quietly settled a couple of years ago, with JP Morgan receiving a billion-dollar fine. And since the end of JP Morgan’s artificial market intervention in 2019, it has been claimed that the silver price would explode, that the metal would finally see a rally and that its ‘true’ price would be reflected.

But then…it didn’t. So what went wrong?

Bimetallic ratios have a complicated history

With the silver manipulation case done and dusted, surely there’s a boom coming? That silver will revert to its natural, or true, value. Which is what, exactly?

The most common way of assessing the value of silver is the gold-to-silver ratio. That is, how many ounces of silver would it take to buy one ounce of gold?

And if you look at the history of this ratio, it’s had very long periods of being at a fixed value, or only moving in small increments.

But first, a history lesson.

The formal ratio was created by Sir Isaac Newton, when he was Master of the Royal Mint. He set the silver-to-gold ratio at 15.5:1. Meaning you would need 15 ½ ounces of silver to buy one ounce of gold in 1717.

One of the ideas behind this was the natural ratio of silver to gold in the Earth’s crust, where silver is around 17 times more abundant than gold. Though I can assure you that no one in the early eighteenth century knew enough about the rocks underground to accurately draw that particular conclusion.

Worse for those using this 15:1 peg as silver’s eventual point of return is that Newtown’s price fixing was about protecting the Crown’s gold position. Yes, Newtown actively devalued silver to ensure the Crown’s gold wasn’t raided.

A former colleague has weighed in on this, pointing out that Newton’s policy was a failure.

The short version is that Newton’s weight fixing led to a shortage of silver as people hoarded it, thinking it was more valuable than what the Crown declared.

About a century later, our friends in the US started tinkering with their own fixed gold-to-silver ratio. One very dark civil war later, their own bimetallic standard failed, too.

Many passionate silver fans will argue that gold to silver ratios of 15, 16 or 17 to 1 suggest this is a ‘historical’ norm, and that it’s only natural for the gold-to-silver ratio to move back to these levels. Therefore, they claim, this is further proof that silver is undervalued.

And yet every time silver has been fixed to gold at this low level, it has failed.

Again, this geological ratio is used as a double-down that silver is undervalued versus gold.

The thing is, the market doesn’t value silver this highly. And there’s a reason for that…

Just as we don’t carve weapons out of stone anymore, or gather water from wells in the town square, silver’s purpose has changed.

Commodities and their purpose have evolved to reflect the society that uses them.

As I mentioned above, many argue that silver should be valued much higher than it is, and that we need only look back at the historical gold-to-silver ratio to see where it should be.

Here’s the thing. When you look at the gold-to-silver ratio throughout history, it keeps moving ‘up’…

When Bretton Woods – where the price of gold was fixed and the US dollar was redeemable for gold – was in place, the gold-to-silver ratio averaged 40 ounces between 1944 and 1969.

Over the last 50 years, during which both precious metals have been freely traded, the ratio has continued to move higher.

And over the next 20 years, I suspect the ratio will increase to a higher long-term average once again.

Simply put, we consume silver and we store gold.

In other words, the use of silver is in the minutiae of our daily actions. Turning on a light switch, clicking on a mouse, or tapping away on our smart phone.

Gold, on the other hand, is much less useful. It sits in vaults around the world doing nothing.

What’s driving the gold-to-silver ratio to a higher norm is the industrialisation of silver over gold.

Silver has been industrialised because of its incredible usefulness to society. And that’s what’s leading to the new high silver ratio.

There is no reversion to the historical mean. Rather, the mean is dynamic, and slowly shifting upwards.

And tomorrow, we’ll get onto why.