Britain shall not burn this time either 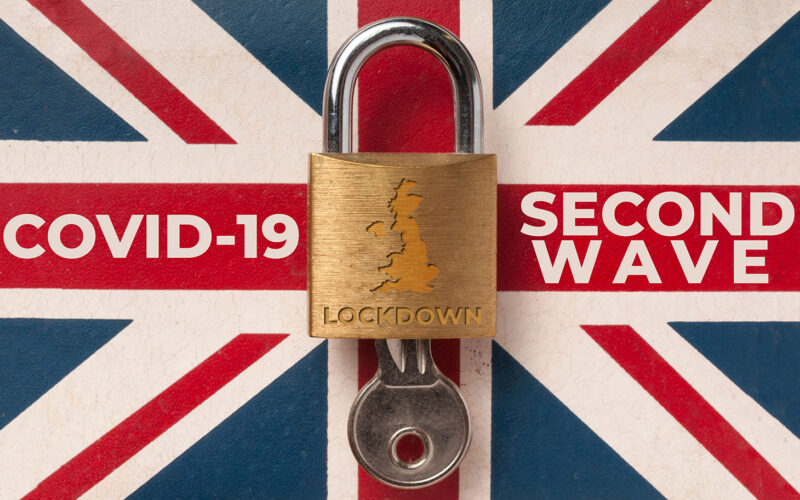 Welcome back to lockdown. Whatever that means for you.

Our thoughts are with you.

But it’s your financial future which has me worried today. The long-term consequences of both Covid-19 and the lockdowns for your wealth.

Well, I’m not so sure this pandemic is worse than the long-term effects it’ll have on our finances. Poverty and trashed government budgets kill too. Especially those vulnerable to Covid-19, in a morbidly ironic way.

Still, apart from the occasional foray into how the pandemic could affect financial markets, the financial beat is ours. So let’s stick to it for today.

In one of our first editions of Fortune & Freedom, I mentioned a law which allows your banker to take some of your money to rescue their job. It’s called a bank bail-in.

No other topic has generated as much email feedback.

And yet, bail-ins are just one of many lockdown-like policies waiting in the wings of the financial system.

My Fortune & Freedom colleague Rob Marstrand sent me an article in the Telegraph which begins like this:

Banks should “come clean” on plans for expat customers after Brexit, two former ministers have said, as thousands of overseas Britons face an anxious wait on whether they will be able to send and receive vital payments.

The former pensions ministers, alongside industry colleagues, have accused banks of keeping customers “in the dark” over how they will access their money when Britain’s agreement with the EU expires at the end of the year.

Britons living in the EU can send and receive money to the UK using domestic banks under “passporting” rules, but details from the country’s largest providers on what will happen to these services in 2021 have been scant.

This, the industry figures warned, leaves no time for customers to make alternative arrangements if accounts are to be closed. Expats also risk missing insurance policy payments if they are forced to switch banks at short notice, invalidating cover after years of paying in.

There are almost half a million expat British pensioners, according to the Department for Work and Pensions. Most have no idea whether they will have a bank account after December 31.

The message here isn’t about Brexit, of course. It’s about the ability of governments and banks to shut out their customers – us. Without warning, apparently.

According to the law, we need to be given the right to bank, explicitly. Brexit puts that at risk.

But what a ridiculous position to be in at all. Why on earth should customers of banks be barred in such a way? Why do we need government’s permission to have a bank account?

Things aren’t like this elsewhere. Thanks to a few years of travel, I have bank accounts in four different countries – two inside the EU and two not. Plus my wife does our banking in Japan. It all works just fine.

But apparently Brexit could put the banking of Britons living in Europe at risk?!

You can see what’s going on here, can’t you? We’re being pushed into a cashless society while also making banking a privilege for those who fit into the government’s sorting holes. If you don’t fit – if you’re too international, for example – you don’t get an account. You’re shut out.

Not that this is entirely new. It took me months to get a basic account when I came to the UK in 2015. In Australia, it takes new arrivals about 15 minutes to get an account.

Consider the underlying implications of the Telegraph article though. Your right to banking is something that politicians can take away from you. Or just fail to provide you with… Oops.

At least they’ve exposed this thanks to Brexit. But why worry about it?

Well, in times of crisis – and there’s no doubting we’re in one right now – governments have a nasty habit of extending their control at the expense of freedoms.

As we have seen, basic freedoms actually become a luxury. Not just physical freedoms – but financial freedoms, too.

Of course, current measures like being confined to our homes and social distancing are framed by the powers that be and the media as right and proper. History and science will eventually give their perspective. Although there’s not much point in hoping for common sense there either.

And so I have a warning to share with you now… One that concerns you, your investments, even the cash in your bank and what might happen to them after the lockdown ends.

In short, the lockdown is coming for your money next.

Make no mistake. The economic impacts of Covid-19 have yet to be felt. And they will be huge.

Take this from Kenneth Rogoff, professor of economics and public policy at Harvard University. (He was also the chief economist of the International Monetary Fund from 2001 to 2003):

The 2008 financial crisis will be seen as a dry run for Covid-19 cataclysm… The short-term collapse in global output seems likely to rival or exceed that of any recession in the last 150 years.

The damage to businesses and debt markets will have lingering effects, especially considering that global debt was already at record-breaking levels before the crisis began.

Many businesses more will fail, many systems we take for granted could prove unfit for purpose.

And then the spectre of financial controls – restrictions – could become a reality.

We’re talking bank bail-ins to shore up the financial system, a war on cash to bolster tax revenue, controls on access to banking, drastic tax hikes – especially on current tax breaks your retirement is likely positioned to benefit from– and plenty more.

As disturbing as events are when it comes to Covid-19, we cannot let them overtake us.

Many things are rapidly receding from our control. We cannot fully decide where to go, what to do… and we have no idea what tomorrow will bring.

But as the wartime posters used to say, “Britain Shall Not Burn”. It won’t burn this time either.

We will find a way through this and come out the other side. In whatever shape.

For the time being, some things do remain in your control. And I think that means a lot right now.

My message to you is to focus on those things. The things you can control.

What you invest in and how, for example. Whether you do have a foreign bank account. Whether you own assets outside the financial system.

Those sorts of topics stand in stark contrast to tax breaks, deposit guarantees, the war on cash and the US election. The things you have no influence over, but could affect you.

Stop fretting about them and worry about what you can take back control of. 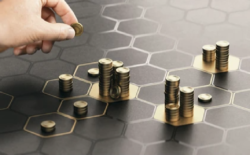 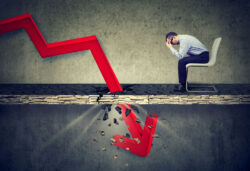