The Brexit that time will forget 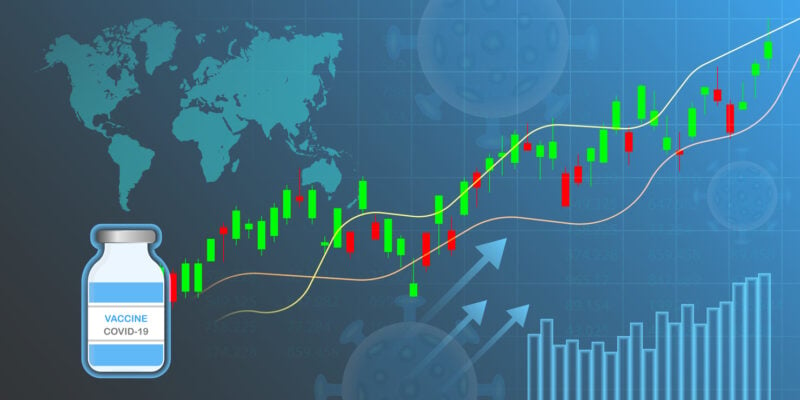 That’s quite a track record in any arena.

But what really beat them in the end?

Silence, I suppose. And I don’t just mean Nigel’s absence from the European Parliament…

As Brexit happened, Dover stood silent and empty. There was no airport chaos. London’s City just extended its derivatives dealing approval to ward off any financial turbulence. Gibraltar stayed open. The Eurotunnel was “running just as it was before 11 o’clock,” according to a spokesperson. Stocks went back to the level they were at before the deal was announced and the FTSE 100 is almost at the same level as on referendum day in 2016 too. The pound is less than 3 US cents away from February 2016 levels.

After tongue-in-cheek reporting about a lot of good news “despite Brexit” for many years, Brexit itself didn’t even trigger any real news worth pointing to “despite Brexit”.

Although, believe it or not, the UK economy overtook India’s to become the 5th largest in the world in 2020. And is now expected to stay ahead until 2024 according to the Centre for Economics and Business Research…

But, overall, there was nothing much to hear on Brexit’s eve. Without Big Ben’s big bong, the whole thing might’ve gone unnoticed.

In fact, I wonder how many people in the UK didn’t notice it. If we asked the typical British voter when Brexit was delivered, how would they answer? (If they bothered to respond at all?)

Although everything happened at whatever moment you choose to commemorate, the point is that not much actually happened at that moment.

The silence is a little eerie. And it has me worried.

If Brexit determined a load of future UK government policy, then plenty might’ve happened on the moment Brexit actually occurred.

But Brexit doesn’t do that. It merely makes a divergence in policy possible. Divergence away from whatever the EU decides to do.

And yet, there has been no debate about “what now?”

Why did we vote for Brexit?

Of course, there’s sovereignty. That comes first and possibly foremost. But what does Brexit and sovereignty enable us to do that we couldn’t do from inside the EU?

Protect consumers or free them?

Make our own mistakes or our own successes?

We don’t really know, do we? We haven’t been told much about the path Britain will actually take now that it can take its own one.

Not that we can agree on what would be a mistake or a success. Perhaps that’s why what really matters – the policies we will pursue after Brexit – was never discussed as part of the Brexit campaign. It would divide the Remain or the Leave camp – whoever mentioned it first.

If any politicians had actually stood up and said “after Brexit we will do X”, there would’ve been quite some drama. Remember the bus…?

That’s how the Remain camp was defeated, of course. By pointing out where the EU was heading, not where Britain could be heading. By highlighting the EU’s move toward a United States of Europe – something even some fans of the EU’s current policies didn’t want.

But what do people want now that we’re out? And can we agree on that?

Well, we’re going to find out the hard way.

Is British politics changed forever or back to the old normal?

What if a large chunk of Brexiteers don’t want the Britain they have just helped launch? What if that swings the next election dramatically in a way that the other Brexiteers never wanted?

When the European project was launched, Britain was amongst the most socialist and centrally planned nations in western Europe. During the EU’s emergence, we swung to the opposite end of the spectrum.

Now what? The fact that we can choose may be important. But it’s not what investors should be thinking about. The real question is what will be chosen.

One benefit of the EU as it is now was that it disincentivised large policy changes. You had to stay within the EU’s directives. This works both ways. Preventing bad reform and good.

Which of the two will Britain pursue? We voted for Brexit without knowing that. And we could be in for plenty of surprises as a result.

I expect Britain will do better alone. But only marginally so, over long periods of time.

The chance and the opportunity to boom dramatically is of course there too.

But my expected outcome is that Britain’s politics is about to become a lot less predictable thanks to the way Brexit split the political groups we’re used to being in. Boris’ majority could evaporate rather quickly once his supporters realise what they voted for after Brexit.

The prospect of a return to unified political parties is there too. If Brexit is no longer dividing us, it could unite us back into the Tories, Labour and Lib Dem splits we are so familiar with.

But will the Brexit wounds heal in that way? I don’t think so.

Where does that leave Britain’s future?

If we don’t diverge from the EU’s vision, will Brexit even be noticed in ten years’ time?

Of course self-governance is important. But what if it doesn’t change our path much? Or for the worse instead of for the better?

That’s what we’ll begin focusing on in coming years. And it looks like Covid-19 is the first big test.

Even inside the EU, Covid-19 divided governments. Each one pursued their own wildly divergent policies.

So, how has Britain’s government performed in the pandemic?

More on that tomorrow. But, before you go, I wonder which you think will have a bigger impact in the end…

What will matter more in ten years’ time?