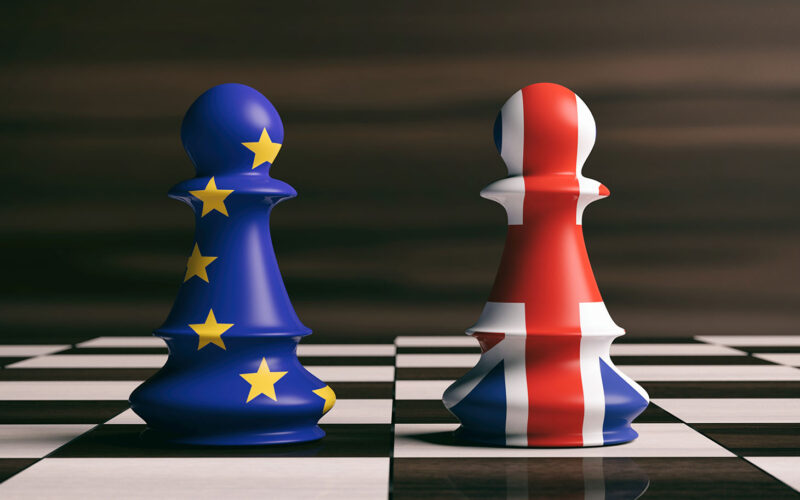 In part two we cover some of the more… awkward aspects of the EU. If you missed part 1, click here.

4. The EU is deeply racist

The EU’s supporters like to pretend the EU is inclusive, multicultural and diverse.

But it’s the opposite.

First of all, the EU is a Caucasian cartel. It only includes nations of the same racial group. And thereby excludes others who actually are different.

My wife is Japanese. She queues in the “other” line at airports when we travel to the EU, just the same as anywhere else outside Japan.

That’s how people from outside Europe know the EU is racist. Because it disadvantages them relative to Europeans. That’s racism. Favouritism based on the nation you belong to when all those nations are overwhelmingly Caucasian.

Consider the European Parliament next. At the 2019 election, ethnic minorities were badly under-represented. And Brexit will reverse most of the increase in diversity because Britain’s MEPs were disproportionately diverse. Euractiv has the figures:

According to the European Network Against Racism (ENAR)’s analysis, there will be 36 ethnic minorities in the new European Parliament – 30 of which are people of colour (non-white minorities). This amounts to just 5% (4% people of colour) of all seats.

Considering that ethnic minorities make up at least 10-15 % of the EU population, there is still a long way to go for the EU to truly represent the full diversity of its population in the Parliament.

True to predictions, Brexit tramples much of the progress made in this election. The United Kingdom elected the most POC MEPs, and when they leave in October, it will greatly reduce racial representation in the European Parliament.

Since Brexit, the European Parliament has lost seven minority ethnic MEPs, leaving 4%. Take out so-called “national minorities” and it’s smaller again. Swedish MEP Alice Bah Kuhnke told Euronews that she’s used to being the “only black person in the room”.

What about the European Commission? The real power in Brussels lies with the unelected Commissioners, after all. Who are, according to Euronews, all white.

That’s right, not one ethnic minority represented. Can you imagine if a British cabinet looked like that?

The Commission president doesn’t mind though. Upon being elected chosen, she said “This is the team as diverse as Europe.”

5. The real reason why so many nations want to join the EU

A lot of us wonder why any nation would want to join the EU given its many shortcomings.

Unfortunately, politics is a game of alternatives. You can only choose from who’s on the ticket. And, sometimes, that’s a rock and a hard place.

What the EU offers nations who are not members is an additional option. The chance to be governed by the politicians of some of Europe’s most successful nations.

I mean, would you rather be governed by the former prime minister of Luxembourg or Slobodan Milošević’s former political ally?

When I travelled across Europe on the Free Market Roadshow in 2016, I asked people in Eastern Europe why they wanted to join something as messed up as the EU. Especially after many of them had just escaped the Soviet Union and Yugoslavia.

Their answer was simple. The EU may be bad, and don’t think people aren’t aware of this. But do you know how bad political leadership is in most of Eastern Europe?

I didn’t, I admitted to them. A bit of research will make the EU look like Switzerland.

But where does this leave nations like the UK, who are better governed than the EU (most of the time)?

I’m not sure, to be honest. Perhaps it leaves us with an obligation to help keep the EU sensible by countering other less sensible influences. Or perhaps we should jump off the sinking ship, as we have chosen to do. I don’t really feel qualified to tell you what to think about that. (Nobody should be.)

Either way, it’s important to note that nations are not joining the EU because they have a high opinion of it. It’s just that their own nations’ leaders are even worse.

Leaders that will soon play a crucial role in determining EU policy if they join, don’t forget…

6. You remember that infamous £350 million on the side of the bus? Perhaps it wasn’t wrong at all…

It was one of the more painful episodes of the Brexit referendum drama. “We send the EU £350 million a week”, the side of the big red double-decker bus said.

“Anyone with a basic knowledge of politics and arithmetic knows that the claim, ‘We send £350 million a week to the EU’ was incorrect,” according to John Rentoul, the chief political commentator for the Independent. Obviously the EU sends us some money back, so the more honest figure would’ve been the difference between the two.

The matter got so serious that it even went to court.

Now I’m not arguing that stating the gross figure of £350 million a week is not misleading. If the net figure were more honest, it should’ve been used.

I’m also not saying that the dishonesty has anything to do with the rebate Britain gets, as some have argued.

The fact that the EU does not send us the money, but decides how to spend it in the UK is not my point either.

My point is different.

Consider this. As part of our membership of the EU’s common policies, our farmers leave fields fallow and our fishermen are not allowed to catch our fish. The EU spends money compensating them.

This means we not only get the benefit of not having to send money to Brussels, we also don’t have to spend money on what Brussels used to. Thus, the gross figure of £350 million is the correct one because the deductions from it would no longer apply.

This is a simplification, of course. How much of the EU’s current spending would continue after leaving the EU is what decides the correct amount. But expecting the Brexit campaigners to anticipate that is like blaming Nigel Farage for Theresa May’s Withdrawal Agreement.