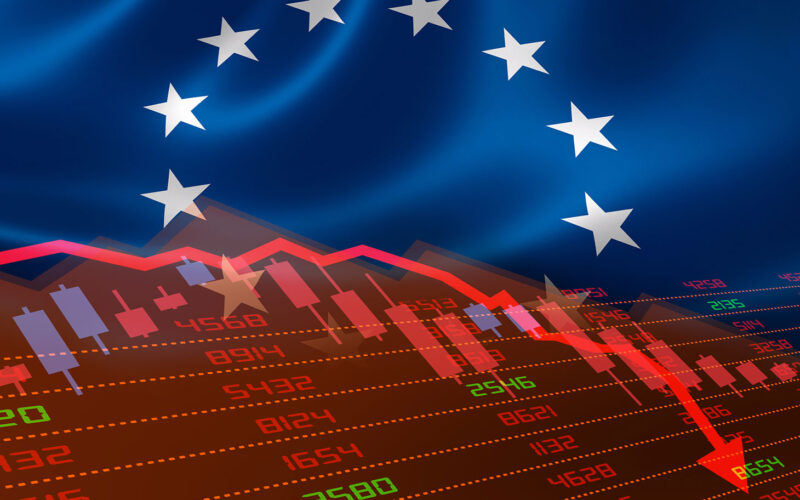 Italy’s financial crisis is back in the news. After a few years of avoiding the elephant in the room, the Italian coalition government has fallen. Italian bond yields are on the move again.

But will Brexit save us?

But it’s not that simple. Britain is highly integrated into the global economy. Especially our financial markets – what we focus on at Fortune & Freedom. When politics doesn’t get in the way. Which hasn’t happened in a very, very long time… Hence the need for Nigel Farage’s insights to guide us.

There’s a particular reason why I bring up Britain’s links to the global economy. Because a major financial crisis which I first warned about in 2017 is back on the cards.

Our key trading partner, the eurozone, has a fundamental flaw built into it. And Covid-19 could be the asteroid that breaks the camel’s back.

In Friday’s video, Nigel wasn’t as worried as I am about this particular crisis making a comeback. But recent events have brought back the risks I warned about in 2017.

But I better explain from the beginning.

The central argument is simple. Currency unions like the euro don’t work. That’s why they eventually fail. And Europe is a graveyard of currency unions.

The consequences are only slightly more complicated to grasp. The countries with an interest rate and exchange rate that are too low tend to see an economic boom, especially in-house prices. That was Spain and Ireland in 2005, and it’s Germany now.

The countries with an exchange rate and interest rate that is too high tend to be stuck in the doldrums. That was Germany in 2005 and Greece in 2012.

But Italy is the standout performer. Sort of… It has been stuck in the economic doldrums since joining the euro. Because the historical relief it relied on – exchange rate and interest rate relief – is no longer available to it.

Just as with its past failed attempts to be part of European monetary unions, I believe Italy is going to be the first to leave the current one.

Sounds good, right? And it will be, eventually.

But what about the initial turbulence of Italy leaving the euro?

Well, unlike with the Brexit drama, you can consider me Project Fear this time. I don’t think Italy can just leave the eurozone. Not without defaulting on its vast debts. And that’d be the biggest default in history. Sparking a major financial crisis.

Financial markets were in a panic about this in 2018. The yield on Italian government bonds was spiking. Which means several things. Bet let’s mention the important two.

The interest rate which the Italian government had to pay to borrow money was rising, putting its ability to escape such high debts in doubt.

And the value of the government bonds was falling, so those owning them were losing money. This includes the Italian banking system, itself struggling.

Each time it looked like eurosceptics might get into power and try to dump the euro, investors would panic and sell Italian government bonds, making the above two effects worse.

The point is, Italy leaving the euro and defaulting on huge debts are seen as pretty much synonymous.

The economic spokesperson of the leading political party in Italy explained it like this at the height of this spiral, as quoted in the Telegraph at the time:

In a way I am very happy because we have finally wiped the bull**** off the table. We now know that it is a choice between democracy or comfortable bond spreads. You have to swear allegiance to the god of the euro in order to be allowed to have a political life in Italy. It worse than a religion.

What we are seeing is the fundamental problem with the eurozone construction; You can’t have a government that displeases the markets or the spread club. The ECB and the Eurogroup will use this to crush your economy. You are very lucky in the United Kingdom that you still live in a free country.

Free is one thing. Exposed to a financial crisis is another. An Italian default would hit global financial centres like Britain harder than most.

Guy Verhofstadt’s speeches would be extraordinary, with nobody to hold him to account in the European Parliament.

What has me worried about all this again right now?

Well, last week the Italian coalition government fell apart. This raises the spectre of elections. Which could bring in a right-wing eurosceptic coalition led by a man who once called the euro a “crime against humanity”.

The news and financial markets caught on to this on Thursday…

For now, markets have only moved a little. But it’s the divergence that’s the key. German bond yields fell as investors flocked to the safe haven. This widened the gap between Italian and German bond yields – what’s known as the spread. And that spread hints at Italy leaving the euro, because governments with the same currency should have more or less the same yields on their bonds. When they diverge, this suggests the risks of a breakup are growing.

When the previous Italian coalition broke up, former arch enemies formed a coalition to prevent an election and keep out the eurosceptics. But having your primary policy mandate as “prevent an election at all costs” is a problematic stance over time… and things are not going well in the attempt to do so again.

Reuters reports this week that: “Efforts by Italian Prime Minister Giuseppe Conte to build a new majority in parliament after a junior partner quit his coalition floundered at the weekend as several centrist lawmakers rejected his overtures.”

But it’s the reason why the coalition fell apart which is the key. The deserter Matteo Renzi wants the government to apply for a bailout from the European Union. But this would make the government beholden to the very sort of European oversight which is political poison in southern Europe. It’s a new version of the dreaded Troika which made Greek politics erupt, including in self-immolations.

All this suggests we’re back to 2018 and things are just getting started.

Last week I explained with Nigel’s help why you should keep one eye on the Dixie and US interest rates at all times. They are the “price of everything”.

Well, Italy’s bond yields have the potential to blow up the financial system. So, even if an election seems unlikely, you need to keep one eye on those too.