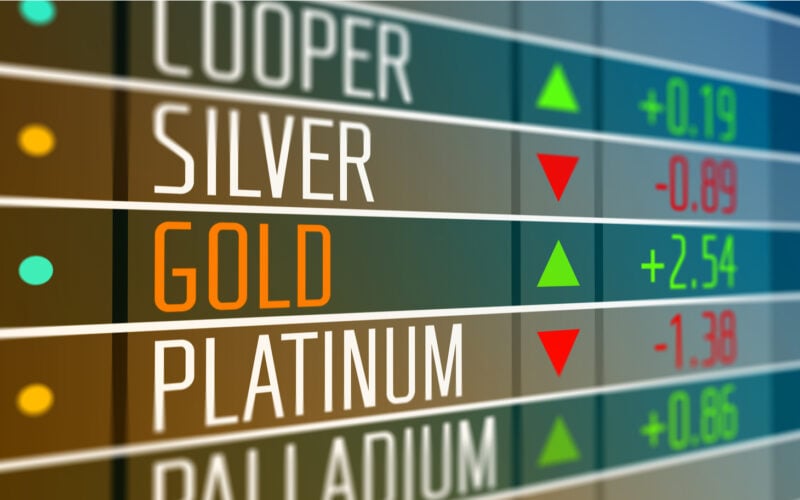 [Editor’s Note: Today is the official launch of our Gold Summit. It’s your last chance to ensure you receive all the Gold Summit content for free. If you haven’t had the chance to sign up yet, click here now to make it in the door, just in time. But before you do, it’s my pleasure to introduce my mentor and long-time gold analyst Dan Denning. Find out which part of the gold market he’s focused on below… N.H.]

Recently I was asked by a subscriber whether there was any single currency in the world still backed by gold. In the search for sound money, where can you find a home?

Before I answer – and you might be surprised at the answer – I’d like to invite you to an important event. It’s never been more important, in fact.

The event is important because the decisions you make with your money in the next 12 months could make the difference between a comfortable retirement… and one of anxiety, uncertainty, and poverty. Where you invest your money – and whether you understand how money itself is changing – will be THE key question in the coming years.

That’s why my friend Nick Hubble decided to put together the Gold Summit now.

It’s a gathering of the sharpest minds when it comes to analysing the legendary yellow metal. They each have their own angle. And I’m thrilled to be invited to give you mine.

You can sign up to receive the speeches, presentations, interviews and recordings here.

Now, back to the question posed by a subscriber. It’s a great question. Sadly the answer is “No.” Gold-backed government money is dead. Perhaps for good.

The closest you’re going to get to a gold-backed, government-issued currency is a) a country that has a large percentage of its reserve assets stored in gold (as opposed to other currencies, b) a country that’s not a member of a major currency bloc, but whose central bank is empowered to create its own money and has been adding gold as a reserve asset or c) countries with large trade surpluses where net debt is low (ownership of foreign financial assets is high compared to what is owed to foreigners).

For example, the United States government says that 78% of its reserve assets are in gold. Weirdly, the Federal Reserve and the Treasury use the statutory gold price of $42.22/oz for calculation purposes on the balance sheet. Other reserve assets are the Special Drawing Rights (SDRs) issued by the International Monetary Fund (IMF), and other foreign currencies (the Japanese yen, the Swiss franc, the euro, the UK pound).

If you believe that there’s gold in Fort Knox and at the Federal Reserve Bank in New York, then you could fairly assume that, at some level, gold “backs” the dollar. The problem is that there are a lot more dollars claimed against that gold than there were a year ago, given the 27% year-over-year increase in M2 money supply in the US).

French, Italian, and German gold reserves are all large, both in tonnes and as a percentage of assets. But, despite those assets being held in French, Italian, German (or UK and US) banks, they are also part of the reserve assets of the European Central Bank. Effectively, they contribute to “backing” the euro.

If the euro were ever to be abandoned, a new German mark backed by gold might not be a bad bet as a very strong currency. That outcome seems unlikely. For now.

In the meantime, Poland and Hungary are part of the European Union, but not of the euro currency. They have their own money. In fact, a few years ago in Warsaw I learned that zloty (the name of the Polish currency) means gold coin. Hungary’s central bank added 28.4 tonnes of gold to its official reserves in 2018. (It was one of the largest central bank buyers). Its counterpart in Poland added over 25 tonnes in 2918 and 100 tonnes in 2019.

Why are central European countries buying gold? A possible answer is that they want to hedge against weakness in the euro AND prepare for more geopolitical conflict with Russia (whose central bank is also buying gold).

Remember what 19th century British Geographer Halford Mackinder said in his Heartland Theory? He believed Central and Eastern Europe were the “Heartland” of a great “World Island” stretching from the Iberian Peninsula in the West to Siberia and Vladivostok in the East.

This geopolitical theory of power was the basis of UK and US foreign policy for decades (and partially explains their efforts to prevent Germany from dominating Central Europe… or Russia (and later the Soviet Union) from dominating Eastern Europe.

The Polish zloty and Hungarian forint might be attractive opportunities for currency speculators. However, if those countries’ central banks are storing gold because they fear a euro crash… or conflict with Russia… you better make sure there’s a big reward for the risk you’re taking.

Here is the bottom line: gold is still a reserve asset. But it no longer really backs any fiat money. Further, it has new competition as a store of wealth from digital assets and cryptocurrencies. How and why to invest it, and what you can expect it to do for you, are important questions to understand.

That’s why I urge you to sign up to the Gold Summit now to ensure you don’t miss a moment of it.

PS There are some countries that are net creditors and whose governments are unlikely to practice financial repression (the channelling to themselves of funds from the private sector at very low rates of interest). These are countries where the currencies are likely to be strong. Examples include Singapore, Switzerland and perhaps one or two of the Gulf Cooperation Council (GCC) states in the Middle East.

All these countries are characterised by the rule of law and independent judicial systems (i.e. where rulings are made independently of pressure from the government). That used to be the case in Hong Kong, too.

Another approach is to look at where gold is not in vaults, but in the ground where it is safest. The jurisdictions with the highest gold reserves include some places with the rule of law and independent judicial systems: Australia, Canada, the US, South Africa and Russia would all appear on the list.

If a currency isn’t backed by a big economy (and/or GDP growth), interest rates (i.e. positive ones on government bonds), or the rule of law (out of fashion everywhere), what IS it backed by?

But what kind of world do you think we’ll be living in during a currency crisis? I suspect tangible and “real” assets will have more value than intangible assets such as intellectual property. Possession is still 9/10ths of the law, and especially so in an increasingly lawless world. 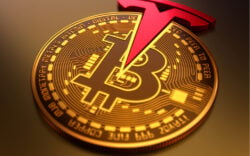 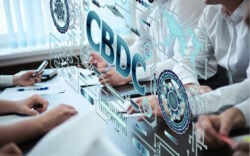 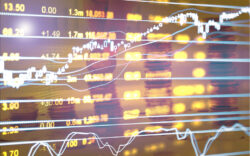 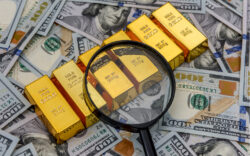