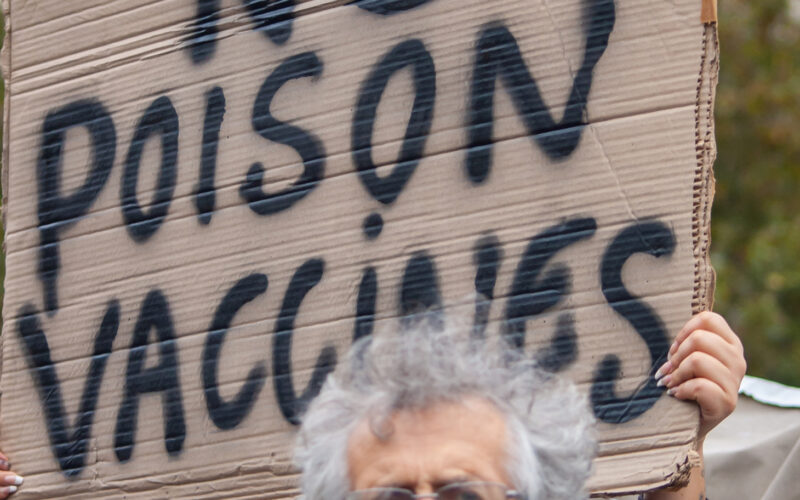 Thanks for your flood of feedback on my rant about changing pandemic narratives. As a comment I saw somewhere on social media put it, “The conspiracy theorists are about 8-0 up at this point”.

But since my tirade about the breakdown of Covid narratives, well, plenty more has happened. And the score is really blowing out now, isn’t it?

After I pointed out the discrepancy between different nations’ Covid isolation periods, things took an interesting turn. The Daily Mail’s headline summed it up in this way: “Scientists’ 5-day blunder sparks uproar: PM tells advisers to look again at cutting isolation after top body admits publishing misleading advice comparing UK rules to US”.

Misleading advice? Hmmm… At least they admitted it this time.

Given the Project Fear like state of supply chain disruptions due to staff shortages, this oopsie-daisy is a rather important one. Has it been fixed? What about in other places around the world?

But the big story as I write this is the original one: where did the virus come from?

First there were some new mainstream media stories about the age-old but supposedly “new Wuhan bombshell” that Covid may have spread through the military games. Who knew? Actually, a lot of so-called conspiracy theorists…

Then the conspiracy theory that it came from a Wuhan Lab was exposed as not just credible, but likely. And the same people who dismissed it publicly knew this.

The Telegraph summed up the story like this: “Scientists believed Covid leaked from Wuhan lab – but feared debate could hurt ‘international harmony’”.

They didn’t just avoid mentioning it, though. They denied it was plausible when asked, and this led to censorship of those who argued otherwise. Some might say they even influenced an election…

I especially liked this paragraph in the Telegraph article about the revelations that scientists knew what conspiracy theorists were censored for:

The University of Edinburgh recently turned down an Freedom of Information request from The Telegraph asking to see Prof Rambaut’s replies, claiming “disclosure would be likely to endanger the physical or mental health and safety of individuals”.

Another conspiracy theory from early in the pandemic is that people were not dying of Covid, but with it. That is now considered a fact. The Gazette: “CDC director says study of vaccinated people show 75% of Covid-19 deaths ‘had 4 or more comorbidities’”. That’s three more than most conspiracy theorists I know of alleged at the time.

The Telegraph has the UK twist on the story:

The proportion of people catching Covid in hospital is “unacceptable”, Boris Johnson has said after data showed the virus has reached almost half of all patients in some regions.

Mr Johnson said the number of patients in hospital with the virus was “massively up” but that many were contracting it after they had been admitted for other reasons.

The latest figures show the proportion of “iatrogenic” patients may be as high as 45 per cent, although Downing Street has quoted the figure as being around 30 per cent.

Applause for the NHS, please.

But I want to focus on Australia for a moment. And not because of tennis either.

A few months ago, I kept repeating to you in articles and videos that Queensland would prove to be the make-or-break of the vaccine story. You see, the state had essentially escaped the pandemic, but for infected travellers who sat out their time with a deadly virus in hotel rooms. Life in Queensland was normal, but for a hard border with other states, as well as the rest of the world, of course.

That meant, when Queensland opened up, we’d see what’d happen to a population which reached its vaccination target, but hadn’t experienced Covid yet.

In October, the Queensland government’s modellers got busy and produced some estimates of what would happen. ABC news helpfully summed up the “Key Points” for us:

Queensland’s CHO is confident the state’s health system can manage the predicted maximum of 1,200 COVID-19 cases a day

Well, Queensland opened up at last. And in the day I write this, the cases are about 20 times the maximum level, with a recent figure above 29,000…

But the Brisbane Times reports “The real number of people fighting Covid-19 infections in Queensland is likely to be at least double the reported figure of more than 100,000, experts say”. Yes, the experts are still being asked.

Now you might’ve noticed the date. October is a long time ago, right? And Omicron is less severe but more transmissive.

Ahh, but what about deaths? The vaccines stop those, right?

Nope. New South Wales, Australia’s most populous state, hit record deaths, despite getting a decent hit of the pandemic in the past. South Australia has done so too.

So, we’ve got record cases, hospitalisations and deaths, even in places that were hit by Covid waves in the past, despite the magical number of vaccinations being reached and despite a less severe variant?

If you were going to judge the attempt to use vaccines to open up, what marks would you give?

Now you might think all of this is rather newsworthy. That a record-breaking pandemic, despite everything the politicians, epidemiologists and modellers could ask for, is a bit of a scoop for a journalist. Better than a story about tennis, even?

But you know what? There isn’t a story in the Australian media discussing the implications of the data. I could find nobody who is willing to discuss what you might conclude from this state of affairs.

Search for “Australia breaks COVID records” and you get search results from the New York Times, NBC news, The Thaiger, the Guardian, the Hindu Businessline and France24!

The Australian media, meanwhile, is full of news about a certain tennis player, Hillary Clinton’s 2024 comeback, and “I can’t buy a [airline] ticket for my non-binary child”.

Perhaps the not-very-successful reopening of Australia, despite vaccinations and a milder variant, is still considered a conspiracy theory inside Australia?

Not so, there’s this, from News.com.au:

Pfizer’s chief executive has revealed that two doses of the current Covid-19 vaccine offer “very limited protection, if any” against Omicron.

Well done, they’ve figured it out.

CNBC has it for you: “Pfizer CEO says Omicron vaccine will be ready in March.”

Yes, if the vaccine isn’t working to prevent record cases, deaths and hospitalisations, the solution is of course another vaccine, right?

After all, the UK was just advised against a fourth booster of the existing vaccines, so we must sell them something new!

In fact, the German news reports that Pfizer is already producing an Omicron-specific vaccine. What a coincidence its CEO has just realised the old vaccine doesn’t work!

Anyway, the new one will arrive just in time for the Omicron wave to have… passed us by? But in time to be paid for, no doubt.

The next thing and we’ll all be told that we need to buy more expensive masks, now that we have all bought the other ones.

Sure enough, News.com.au has the story: “The United States’ top health agency has issued advice that cloth masks are ineffective against the Omicron variant, saying better masks are needed to keep people safe.” What a time to figure this out!

I wonder if any politically connected people have set up companies to produce the said masks, while their wives make “referrals” to the government bodies that decide who gets the government contracts.

But maybe we’re being unfair. The world’s politicians and modellers are dealing with a new variant, after all. And it’s not like Queensland politicians know that a new variant with unknown characteristics had begun circulating when they decided to open up the state to travel… did they…?

But at least Omicron is mild as they’ve been telling us.

And the WHO now expects that more than half of Europe to be infected within weeks.

What a time to realise it isn’t “mild” after all! Perhaps they only told us it was to protect their mental health…