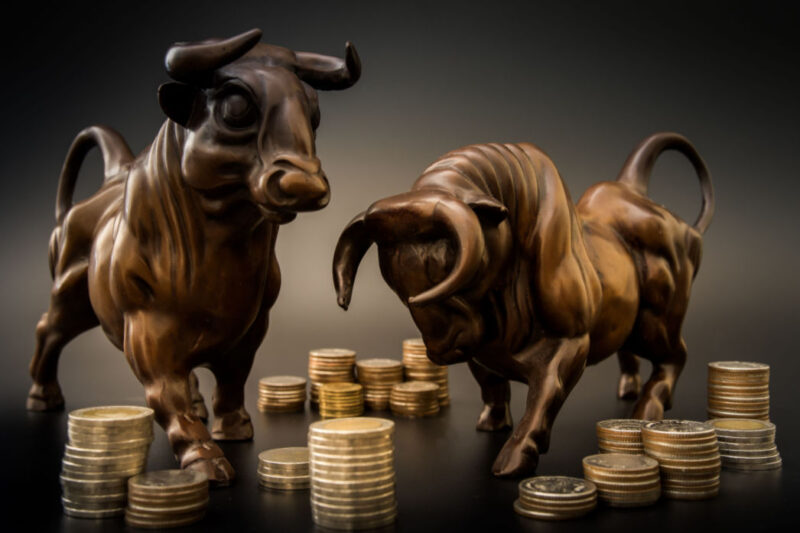 Today’s Fortune & Freedom is an update on a series of themes we’ve been exploring for months now. Whether Japan has unleased a monetary Pearl Harbor, how far ahead stock markets look when they set prices, whether central banks will choose to let inflation run or blow up the economy, Europe’s sovereign debt crisis, the return of inflation hard-man Paul Volcker, and plenty more.

But my real point is this: a lot of bad things are lining up at the same time. You can focus on them, but don’t lose sight of the real message – the risk they’ll all manifest themselves at once.

Actually, the real point is that they will all manifest at once because they share the same lynchpin. And it has been pulled.

Let’s start with inflation – a story we’ve covered for more than a year now.

US inflation surprised almost everyone (but not me) by coming in rather hot. The 8.6% number is less important than the fact that it was much higher than expected. This means that the expected policy response to the inflation has shifted too.

Namely, the US’ Federal Reserve is now expected to hike interest rates incredibly fast. There’s talk of a 1% hike, 0.75% is on the table and plenty of 0.5% rate hikes are the official narrative.

As a result, markets have plunged, while gold and some gold stocks have held up OK. While I was busy writing about this for my subscribers at Gold Stock Fortunes, markets plunged again and gold actually also got caught up in the carnage.

The distinction between the two days shows just how uncertain and chaotic markets are right now.

Spare a thought for the Australian stock market, though. There was a public holiday on Monday, and so stocks plunged 5% on Tuesday’s open – the combined drop of Friday and Monday.

Consider the irony here. Inflation is roaring, but cash is one of the best investments out there… because everything else is plunging as a result of the inflation.

It only gets more bizarre. Inflation hedges like property and gold are falling too. But bonds, the best place to sit out a crash, are being truly thrashed. And by truly thrashed, I mean we’re breaking records that go back to 1830…

In other words, conventional wisdom in financial markets is getting turned on its head in a rather dramatic fashion.

You’d think we’d know what inflation means for investment by now. And it’s not as if the inflation rate spiked by much. So, what changed enough to make markets suddenly plunge so badly?

Well, we’ve been living in a fantasy world. A world where markets could only go up because the consequences of them falling were so bad that the governments and central banks wouldn’t allow it.

Even a pandemic and locked down economies couldn’t keep markets down for long. Central banks simply unleashed a sufficiently large wave of liquidity to keep them afloat.

Only, it turns out that central banks are suddenly inflation warriors instead. At least, they are claiming to be.

This brings on the prospect of a financial market without the guarantors we’ve all grown used to. And that, my friends, is an ugly prospect.

How many governments cannot stand on their own two feet in funding markets, without central bankers helping to finance their deficits?

How many tech companies only had bidders on their shares because the alternatives were pathetic thanks to 0% interest rates?

How many mortgage borrowers can only afford 0% interest rates?

Suddenly, we’re going to find out. And the central banks appear to be more interested in cleaning up the mess than preventing it in the first place.

A few months ago, I wrote to you about the challenge of guessing how far ahead financial markets look. The underlying idea was that history moves in cycles. The question is which part of the cycle financial markets are focusing on today.

Well, high inflation and low interest rates should be perfectly fine for stock markets. Prices rising and cheap debt – what’s not to love for companies?

The answer is that central bankers don’t love that combination. They’re tasked with keeping inflation rates low. And so now the stock market is pricing in the prospect of higher interest rates and the consequences of those higher rates.

It’s not the inflation that’s the problem, in other words. It’s the consequences of it.

In other words, markets are looking ahead at the recession and financial crisis which we’ll get as a result of interest rate hikes. That’s what has happened each time interest rates were hiked, after all.

But what’s different this time is that central banks haven’t even managed to get past 1% before triggering a crash. And, this time, bonds are crashing too.

Something smells different this time.

Well, on the one hand, inflation is unlikely to be able to stay elevated in the face of a recession or financial crash of some sort.

This suggests that the central banks are deliberately sabotaging the economy in order to bring down inflation. And it also suggests that they risk being blamed for some pretty nasty consequences too.

This may begin in Japan, where the mess is more acute.

The Japanese central bank is the rare one that is not raising interest rates to deal with inflation. They are too worried about the government’s mortifying debt levels to raise rates.

This dynamic is causing the value of the yen to crash at a dangerous pace, adding more instability to markets because the Japanese lend the world a lot of money.

Over in Europe, sovereign debt yields and rates are both blowing out over the prospect that the European Central Bank might not be able to buy government bonds in the way that the Bank of Japan is. Instead of a potential currency crisis, you’ve got a potential sovereign debt crisis, in other words.

What is the line of thinking that ties all this together?

The consequences of central banks’ central planning and price manipulation (better known as monetary policy) is finally coming home to roost. Their schemes are failing in a surprising variety of ways, but they’re failing nonetheless.

Whether it’s inflation, a stock market crash, a currency crash, a sovereign debt crisis or whatever else is going on, we’re facing it all at once.

What happens next is that central banks become public enemy number one. Based on the last time this happened, there will be a bull market in burnable effigies, but not much else. 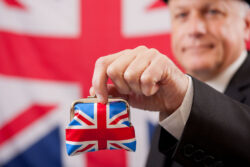 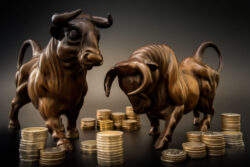