It’s International Women’s Day (IWD) today, an event which has become a wonderful PR and marketing opportunity for every type of brand you can name.

I know this because, as a journalist, I’ve had a plethora of press releases in the last week from brands desperately trying to use it as a reason to get into the media.

It may be because I’m subject to inbox-flooding reams of press releases on all manner of special “days” throughout the year that the gloss has come off all of this for me. I feel like I reached the point of peak-National-Day-Of some years ago.

This is because every day now is a special “day” or “week”, and far more special than just talking about women. There’s National Prune Awareness Week, Kiss a Ginger Day (12 January in case you were wondering), National Bubble Wrap Appreciation Day and National Answer Your Cat’s Questions Day among many, many others to rival the “excitement” of IWD.

So I ask myself, do we really need a whole day where we are encouraged to be like Meghan Markle and to dig deep into our own psyches to root out an unconscious bias that we may or may not possess (because essentially that is the message for this year’s event)?

I’m not sure that we do. But there are a lot of issues that affect women all over the world that could do with much more than a day to consider them. Which is why I’m going to have a go here.

For a start, I’m going to ask: if Warren Buffett invests like a girl, how come women still make up the bulk of the poor people in this country and in the world?

How come there is still a huge gender pay gap when it comes to pensions in this country?

And how come it’s still true that women save, while men invest?

There’s an irony that I always refer to when speaking to groups of women about managing and investing their money.

Although comparatively few women in the UK (and elsewhere) consciously invest their money, outside of having a pension, for years, study after study has found that, when they have equal investing knowledge, women beat men at investing every single time.

Just to pick out a couple of recent ones, for example:

I could mention more.

But still (and I’m quoting from a few of the desperately IWD-connected press releases I’ve received here):

On the positive side, though, women are embracing new technology and those who invest are 47% more likely to use investing platforms founded after 2010 (according to Finder.com) and, although women hold many more cash ISAs than stocks and shares ones (while men are more likely to invest in stocks and shares ISAs), in 2021, according to Hargreaves Lansdown, women were increasingly likely to shift their money from cash to equities ISAs.

So, there is movement in the right direction. There is more interest among women for dipping their toes into the investing waters and certainly there are more investing courses for women to take, more women-friendly investing sites and newsletters and more investment companies actively courting women… and their money.

Men, on the other hand, have a bit of catching up to do. Given that women keep beating men with their investments, I think it’s time we invited men to close their gap with us.

Warren Buffett has done it. Other men can do it too. All they need to do is be a bit more woman. Come on guys. Be more woman!

Jasmine Birtles
Founder of MoneyMagpie.com, which is full of information on making, saving and investing money. Join her free investing newsletter here.

According to Morgan Stanley, 84% of women have shown an interest in sustainable investing. Men – just 67%. Whatever the gender split over this sector, the money flowing in is mind-boggling. It’s already valued at $35tn. That’s three times bigger than the gold market. And as much as $160tn is forecast to hit the sustainable sector by 2035.

By those numbers, we’re looking at the biggest migration of capital in history – all heading in one direction. That looks like a big opportunity to us. And our renewable energy expert James Allen agrees. That’s why he’s called in six sustainable investing experts to show you what’s going on in this erupting sector. Plus, he’ll reveal his #1 stock to watch as this megatrend reaches boiling point. Our exclusive investing summit takes place online from 14 March – and you’re invited. ﻿ 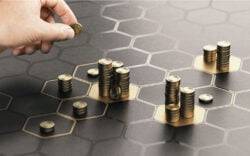 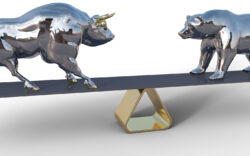