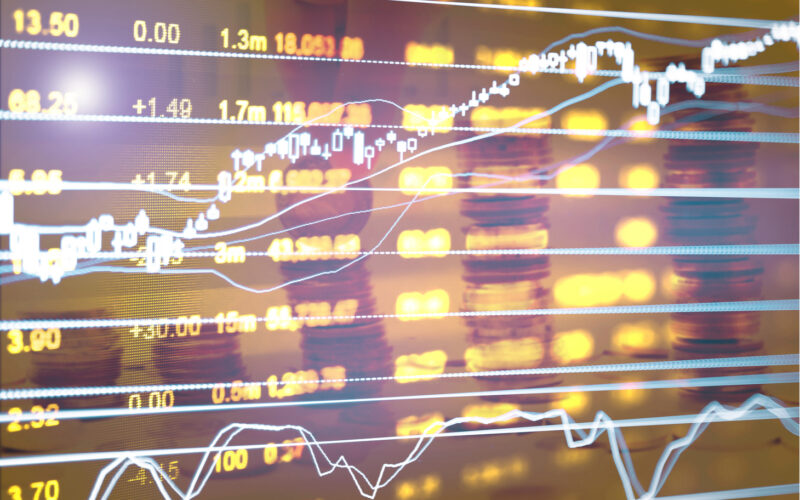 Last Tuesday we dug into what was behind gold’s surprise plunge the week before. I explained what the gold and bond market may have been pricing in with their strange behaviour. It is a topic which Nigel and I looked into again on Friday too.

But first, here is a reminder of what triggered gold’s sell-off in the first place. Last week, even the Federal Reserve (aka “the Fed”, the US central bank) began to acknowledge the problem of inflation. The Financial Times provided an animation of the Fed’s dot plot over time. That chart shows where members of the Fed expect their interest rates to be in the future.

Each policymaker gets to put a dot on the plot for each year, which tells you where the numbers are on future interest rates. Remember, this is from the people actually setting the rates.

Back in September 2020, barely a rate rise was in sight as all the dots sat between 0% and 0.5% for the foreseeable future. In December, the dot plot for the year 2023 began to resemble a pyramid, with a few policy makers sticking their neck out for interest rate increases in 2023.

In March 2021, the 2023 pyramid got a bit top heavy as most policy makers still expected rates to stay at zero, but a few anticipated implementing ever higher rates. 2022’s dot plot, meanwhile, turned into a pyramid, suggesting the possibility of interest rate hikes next year.

Now, in June 2021, the 2023 dot plot is an even bar of predictions between 0% and just over 1.5%. This means that Fed policymakers are more or less evenly split on where rates will be by then. The 2022 pyramid has grown a little steeper…

The point is that even the Fed’s policymakers are taking note of inflation spiking. And they’re increasingly acknowledging that interest rate hikes might be needed to slow it down. Ever and ever sooner…

As a result of the Fed’s announcements, the gold price plunged because higher rates make gold less attractive in relative terms. But that may be a red herring in face of what’s to come.

The question in coming months and years will be a familiar one. Will central banks be “behind the curve”? This refers to the speed with which interest rates and inflation rise relative to each other.

If inflation is rising faster than interest rates, for example, then increasing interest rates is actually not necessarily tightening monetary policy. That’s an important sentence to grasp – because it may be the key to unlocking the next decade of financial market action.

For monetary policy to actually be tightening, interest rates must be rising faster than inflation.

Furthermore, monetary policy tightening can mean that it is merely becoming less loose, but is still very loose.

Say the interest rate is 3% and inflation is 2%. This means the true costs of debt is actually 1% because what you buy with the borrowed money can be rising in price by 2%.

Here is one simplified example: if you borrow for a year at 3% and buy generic stuff with the proceeds, then sell that stuff in one year’s time, when the prices have gone up 2% because of inflation, and you repay your loan, it really only cost you 1% – the difference between inflation and interest rates.

But if the inflation rate rises to 5% and so central banks increase interest rates to 4%, then the true cost of borrowing falls to negative 1% because prices are rising faster than the cost of paying the debt. It becomes a no-brainer to borrow and buy, despite higher interest rates from central banks.

In a nutshell: if inflation is rising faster than interest rates are, monetary policy is not actually getting tighter.

One key cause for the 2007 housing bubble was that the Fed stayed “behind the curve”, meaning it increased rates slower than inflation. What looked like tightening monetary policy to the naked eye – increasing interest rates – actually wasn’t in real terms (meaning adjusted for inflation). Hence the housing bubble continued to inflate.

This was a great environment for gold too. The gold price surged alongside the housing bubble because, even though interest rates rose, the real rate wasn’t rising.

What we have right now is deeply negative real interest rates, as in the second example I laid out above. Inflation is running well higher than interest rates. I believe this explains the debt bloom and surging house prices. It makes more sense to borrow and buy than save because prices are rising faster than the cost of debt.

I don’t think that’s possible given the amount of debt in our economies now. Central bankers want the inflation to bail out their friends at the treasuries of the world by making all that government debt worth less.

Here’s what I do know. Now that inflation is acknowledged – and central banks are twitching at the interest rate lever, we’ll need to focus on real interest rates more than ever before.

So, keep one eye on central banks and the other on inflation. If you go cross eyed, expect a financial crisis as debt becomes unaffordable. If you get a lazy eye, buy gold, because central banks are behind the curve again, letting inflation run hot relative to their interest rates.

Two weeks ago, we got a taste of what rising interest rates would mean. There was a financial crisis-like reaction in financial markets. Stocks and gold fell, while bonds rose.

Bond prices rose and yields fell because bonds are seen as a “safe haven” asset class.

But I’m anticipating far more of the opposite – divergence between inflation and interest rates, even if the latter do go up. Central banks will be behind the curve again, triggering another bull market in gold. 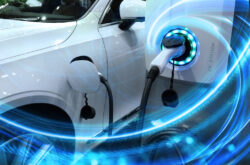