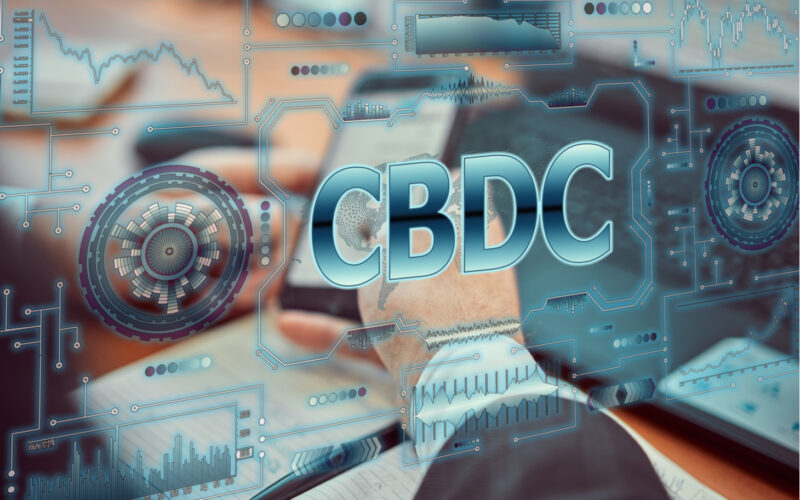 [Yesterday, your regular editor Nickolai Hubble reported on China’s CBDC launch and the terrifying implications. The thing is, our cryptocurrency and tech expert Sam Volkering was one step ahead. Only a few weeks ago, he published a briefing on what was coming and what to do about it. He’s given permission to republish part of that message here. I think you’ll enjoy be fascinated by it.]

I foresee a once-in-a-lifetime monetary shift on the horizon.

One that will allow governments to enforce a new level of surveillance and control on your wealth.

And Bill Campbell, portfolio manager at the $141 billion fund DoubleLine, calls it a “monetary Pandora’s [Box]”.

So what is this shift?

My research suggests some governments are on the cusp of a rollout of central bank digital currencies (or CBDCs, as they are known).

Now, let me be clear: CBDCs are completely different from the “digital cash” that’s on your Visa or Mastercard.

And they have nothing to do with cryptocurrencies, either.

With central bank digital currencies, the clue is in the name.

They will be a mass centralisation of power into the hands of central bankers and governments.

Giving control of your money… directly to the government and the Bank of England.

This has huge implications.

See, whilst I’m no lover of the traditional banking system, they do perform one crucial function for the man on the street.

But in a world where everyone has a bank account with a central bank, that shield is removed completely.

It puts the central bank in control of your wealth…

Limitless control over your money

The first thought that comes to mind is the potential end of the cash economy.

Under a CBDC monetary order this money would have nowhere to escape…
The “Shadow Economy” would cease to exist.

But that is just the tip of the iceberg.

CBDCs would usher in the beginning of something I call “designer money”.

A tool they could use to stimulate – and manipulate – the economy as they see fit.

If they wanted to give the economy a boost, they could simply place a “timer” on your savings. Forcing you to spend 20%, 30% or more of your money, before it disappears.

But it gets worse…

Limitless control over your behaviour

CBDCs could also give way to the impending spectre of social credit scores.

A world where your bank account is interlinked with your legal, employment and medical history… your marital status… your web history… and any other data they can get their hands on.

Think this sounds too farfetched? Too dystopian?

It’s already in use today, in China.

China has already excluded 100 million people from using public transport to fly across the country using social credit. And it’s already launched trials of its CBDC in four of its cities.

Now, you may think all the controls I have mentioned are too extreme – too fringe – to ever be enforced in free society.

But, the truth is, bad financial ideas have a funny way of catching on.

All ideas that were once considered radical.

But once they are piloted in one country, they have a nasty habit of being unilaterally adopted.

And the fact is…

This is not limited to communist China.

Governments around the world are already in the midst of making the shift to CBDCs.

What’s more, according to the Bank for International Settlements, 80% of the world’s central banks are investigating CBDC’s potential.

We find ourselves at a crossroads…

Where we may have to choose between participating in a system that could enforce restraints on our privacy and liberty.

Or to take at least some of your capital and participate in a different kind of system.

One that values those virtues.

As Newton once said: “for every action there is an equal and opposite reaction.”

In fact, the market… and the people… are already reacting.

A revolution is already underway.

And I recommend you become part of it.