The central bank hawks are jumping off the inflating ship 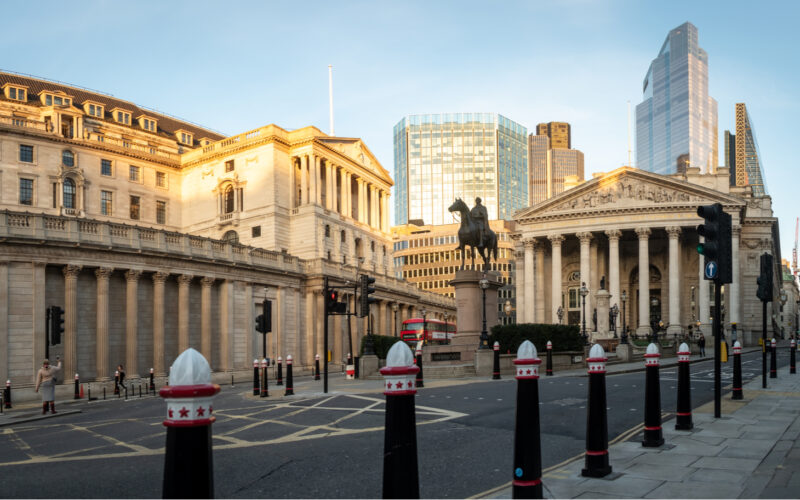 You know that phrase about rats jumping off a sinking ship? Is it a tale of caution or criticism? Should you join the rats on the run, or catcall their lack of courage and stand fast? Because the economic equivalent is well underway at our central banks. And you’ll need to make a choice soon too.

Only, it’s not rats who are doing a runner. All around the world, so-called monetary policy hawks are making a dash for their central banks’ exits. For “personal reasons” and the likes, of course. What does it signal about what comes next?

Before we get to that, a bit of background…

Do you know what the Bank of England’s interest rate should be?

The only correct answer is, “I haven’t got a clue!”

But someone has to set the interest rate, right?

The policy of interest rate manipulation is a fairly new one, going back through economic history. Indeed, for much of its history, the United States didn’t even have a central bank, for example.

One day people will laugh at our belief in the need for interest rate policy, just as we laugh at the futility and stupidity of the price controls in the 1970s.

Over the years, we’ve removed most such controls, including exchange rate pegs, capital movement restrictions and plenty more.

But, for some reason, we stuck with interest rate controls… and brought back energy price caps too. It’s no surprise, then, that we’ve had housing bubbles, banking crises and now energy companies going bust in their own crisis too.

Each part of the economy which the government gets involved in is a disaster. Just as a price controls for consumer goods cause chaos, so too does interest rate manipulation by the central bank.

And it seems that many central bankers themselves have finally figured this out. But they’re not sticking around to be held responsible for the consequences.

An article in Austria’s Die Presse made me realise what’s going on. It announced in German, “Bad news for savers: the ECB is becoming a Taubenkobel”.

On the last word, my German failed me, despite having lived in Austria. What is a “Taubenkobel”?

I had to Google-translate it, only to discover it supposedly means “pigeon pigeon”… which seemed unlikely.

Some further research revealed it to be an Austrian word for “Taubenhaus”, which means “Dovecote”.

But what is a dovecote?

It’s a dove house – a place for doves to do whatever doves do, safely.

So, our original headline, if you can remember it, argues that the European Central Bank (ECB) is becoming a dove house and this is bad for savers.

Doves like low interest rates, because they believe this stimulates the economy. But it leaves savers and investors with lower interest income too.

But if we focus on the exodus which is turning the ECB into a Taubenkobel, you’ll notice it looks a lot more like rats jumping off a sinking ship. Or should I say an inflating ship?  Or are there too many metaphors?

Anyway, long-time loose monetary policy critic Jens Weidmann resigned unexpectedly from the German central bank recently. Or, as Bloomberg put it, “No Doves Cry as Weidmann Flies the Central Bank Coop”. The idea is the same as that from the Austrian newspaper. The doves are now in charge at the ECB.

Wiedmann’s replacement, who will represent Germany at the ECB, is likely to be a dove given the recent electoral results in Germany.

The thing is, it’s not just the German Bundesbank.

The Wall Street Journal goes back to hawks and doves metaphors too:

This reversed the Economic Times’ 2019 headline of ”Trading a dove for two hawks: A look at the Fed’s voters in 2020”.

The biggest coup at the Federal Reserve could be yet to come, with the confirmation of current Fed chair Jerome Powell under threat over a lack of dovishness. “Fed will become ‘even more dovish’ if Powell loses Chairman job,” sums up Fox Business.

In the UK, the hawkish Bank of England chief economist Andy Haldane warned about 4% inflation before doing a runner to become chief executive of the Royal Society of Arts instead. Since then, his seemingly extreme warnings have been adopted by the Bank of England itself, whose job it is to keep inflation at half that rate…

In 2019, Reuters reported Germany’s “ECB hawk Lautenschlaeger resigns amid policy backlash,” without even a false face-saving explanation given for her departure. She is believed to have opposed the loose policy of the ECB.

But what does all this mean?

It reveals a great deal.

First you need to understand that, just like the science on… so many things… the science of economics depends on who is doing the science-ing much more than the data itself.

Thus, monetary policymakers disagree on what to do and when, despite having the same data and policy goals. This reveals the uncertainty and the width of policymaking which is possible.

Similarly, the right person can be chosen for the job, depending on what monetary policy you want. And it looks like we’re going to get central bank Taubenkobels all around the world, if you ask me.

Secondly, it reveals that, as inflation surges, those who fear it most are leaving. I believe this is because they do not want to be held responsible for causing it. That is why the hard money advocates, the hawks, are the ones resigning.

The doves, meanwhile, are looking increasingly delusional about inflation, as this paragraph from Reuters highlights nicely:

San Francisco Federal Reserve Bank President Mary Daly said on Friday that recent ‘eye-popping’ inflation readings are driven by supply chain breakdowns and will subside as COVID does, and the Fed’s decision not to raise rates in response is the right one.

How much more eye-popping do you need before you have to be blind to miss the inflation?

There’s another plausible theory for the great escape. The hawks know they’ve lost the battle. They’ve given up.

There’s a particular reason for this. The central banks are cornered.

In the 1970s, the character of Paul Volcker helped rescue the financial system from spiralling inflation. As Federal Reserve chair, Volcker was willing to sacrifice the economy, much as the Bank of England’s Andrew Bailey recently suggested he might have to do. Volcker raised interest rates, triggering a recession, and kept them high until inflation fell.

The thing is, this time around, there is simply too much debt to follow the same course of action. Even small increases in interest rates could prove disastrous for the economy – and central bankers’ employers, governments – well before inflation is brought back under control.

Indeed, if central bankers were to reduce their support for governments in bond markets, many governments could go bust.

Hawks like Weidmann know this. They know that central bankers will soon face a choice between saving their government or their currency. The best thing to do when faced with this choice is to resign.

Poor old Rudolf von Havenstein still gets ridiculed for being Weimar’s central banker and for presiding over one of the most notorious episodes of hyper-inflation in economic history. The worst possible fate for a German public servant would be to emulate him…

One final thing – today, at 2pm, Nigel is hosting a free event for all aspiring traders. It’s called Follow The Money. And if you want to discover a new way to trade stocks (for potentially rapid-fire gains), then you absolutely need to be there.