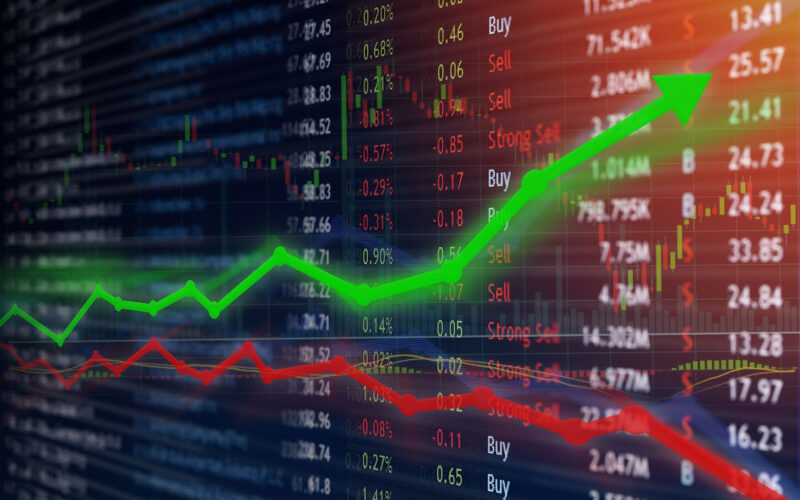 And you thought Nessie wasn’t real. But now, we finally have proof, right here in this chart: 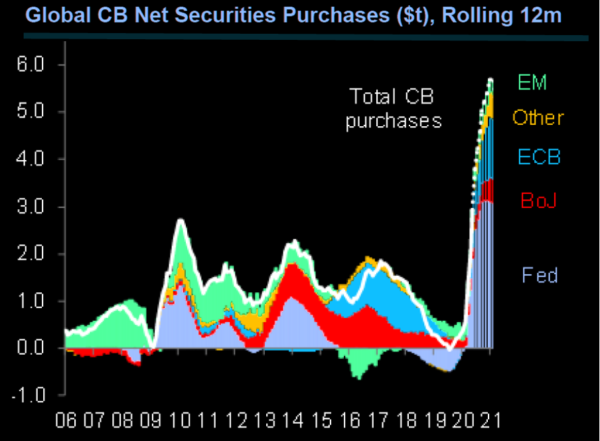 Do you see the distinctive shape? The humps and the long neck? The fins and the tail?

Who would’ve thought Nessie has been hiding out at central banks all this time?

The chart shows just how powerful the latest central bank intervention is. It makes 2009 and other interventions since looks small. Not to mention also highlighting how the world economy has been on central bank life support for quite some time.

The real question now is whether you’re a QE-believer. Whether you believe monstrous money printing works. Because how you answer that question determines whether you should be in the market, or not.

If you think money printing leads to an economic nirvana, it’s time to buy stocks. There’s no longer any downside. Central bankers will do whatever it takes to float the market.

If you think money printing has bad consequences… things get a little more complex. But forgetting this message and selling out of your stocks is unlikely to be the way to go.

There’s an underlying problem to the way we’re conducting this analysis, by the way. It’s not like we can agree on what success looks like, right?

Investors obviously care primarily about investment prices going up. So that’s easy and QE looks fairly successful at doing it. But rising stock prices are not helpful if they’re driven by inflation, not real gains…

Investment banks seem to think we have no choice but QE anyway: “JPMorgan Joins Goldman Saying More QE Needed to Cap Bond Yields”, reports Bloomberg. If bond yields rise now, governments will go bust faster than ever. And that would be worse than… a pandemic?

Of course, investment banks like JP Morgan and Goldman Sachs own a lot of government bonds, so they’re also talking their own book. But in some countries, the entire banking system is at risk if government bond prices crash. So QE is literally financing governments and keeping the banking system alive at his point. And some consider this to be more important than anything else.

Some argue that QE is a temporary measure to buy time. And by that metric, it has been successful too.

But buy time for what? And if we can’t agree on what, and QE just keeps on buying time indefinitely, where does it lead in the end? Why is it only a short term measure if it keeps working?

Or perhaps QE is primarily designed to offset deflation? Deflation and large amounts of debt don’t mix well. It becomes harder to repay the debt you incurred if prices fall. And, in the minds of modern economists, debt and growth seem to be synonymous. And they have a point given money is leant into existence.

Britain is going into the worst economic contraction in 300 years, but recent inflation data still came in positive… So QE is doing well there too.

I think there’s a film where the plot involves creating a tsunami in order to counter one? Well, that’s what central bankers are doing. And the size of the wave they’re setting off keeps growing.

Given we all measure success differently, here’s the key to figuring all this out – who is right about QE. The answer is nobody. Nobody is right about whether QE is good or bad.

Economics is about trade-offs. Especially when you’re discussing economic policy.

Some people believe QE’s inflation would be a great thing. It’d inflate away debt and that would allow us… to borrow more. It would also stave off a deflationary crash.

Others would be in trouble if inflation hits. Savers and bond holders, for example.

Which means generating inflation is a trade-off. It isn’t inherently good or bad. It’s more of a redistribution of wealth.

Keeping companies that would go bust going also disadvantages those companies which were more prudent. And in a world where prudence doesn’t pay, you end up in a right mess.

Financing governments’ imprudent deficits prevents those deficits from correcting and increases future risks. But at least it prevents a meltdown in the short run…

My point is that whether QE is good or bad depends on the camp you’re in. And I supposed that’s the case with most debates…

It’s worth pointing out that we don’t know what QE is supposed to do, whether it does that, whether it’s good or bad, nor whether it works. Good luck having an informed discussion about whether to pursue it or not…

But perhaps figuring out whether QE is good or bad is the wrong way to think about all this anyway. Given QE is set to continue, we should just try to profit from it instead.

And that’s the good news for today. QE may be tough to figure out, but some of its effects are fairly predictable.

But there’s a happier side effect too. Tech booms during low interest rate environments. Capital expenditure is cheap, encouraging research and development. New tech can develop and roll out fast. And it doesn’t have to be wildly successful – marginal improvements are still seen as beneficial because debt is so cheap.

Green energy tech is the ideal way to profit from QE infinity, whatever your opinion of both green energy and QE.

You might hate both, but you must be able to see how QE will drive green energy gains by making projects viable, even if they shouldn’t be.

And QE-believers should definitely be e-believers. Because QE allows the financing of green dreams, such as the world’s largest wind turbine and a solar power station in Australia to power Singapore.

The Loch Ness Monster isn’t looking so crazy now, is it?

But during periods of QE, the crazier the better. For investors, anyway.